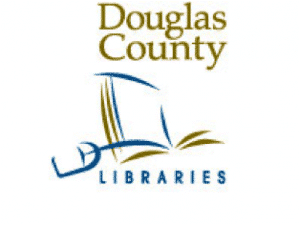 Libraries have been enduring the frustration of being relegated to the back of the line when it comes to working with many major publishers to provide digital editions for their patrons to check out. Everything from artificial check-out limits to outright refusal to provide ebooks to libraries has had many borrowers and librarians struggling to come up with a solution that benefits everyone.

Now, the head of the Douglas County Libraries has come up with a creative solution by publishing each month the price list for bestselling ebooks that libraries are being charged by publishers, prices which are sometimes as high as the hundreds of percents higher than for print editions.

According to the report filed by Jamie LaRue, director of Colorado’s Douglas County Libraries and a member of the ALA’s digital committee, there were several reasons why making the public aware of the prices—a bold move that is not, in fact, in violation of any non-disclosure agreements since the DCL doesn’t sign non-disclosure agreements—was a necessary move.

LaRue explained that in order to be considered good stewards of the public funding that supports libraries, the libraries had to make it known to patrons exactly how much the ebooks cost the library. In all seriousness, without this published price list, what tax payer is going to believe that his local library actually paid nearly $50 for a single digital copy of a New York Times bestselling title, when the same book in print costs a library around $12?

More importantly, this report hopes to demonstrate to the growing number of irritated patrons who want to know why their local libraries aren’t doing more to further ebook lending just how dire the situation is. The report shows not only the vast price difference between print and digital for library purchase, but also shows which publishers refuse to even sell ebook titles to libraries. Copies of the report will be on hand each month in the DCL for patrons who take issue with not being able to borrow their long-awaited ebooks.

Finally, LaRue freely admits that this disclosure of the pricing is a necessary step towards getting the publishers to at least work with libraries on ebook lending. After all, talks and meetings have failed, so now perhaps shame will do the trick.

To see the recent report on print vs digital prices for libraries, click HERE.