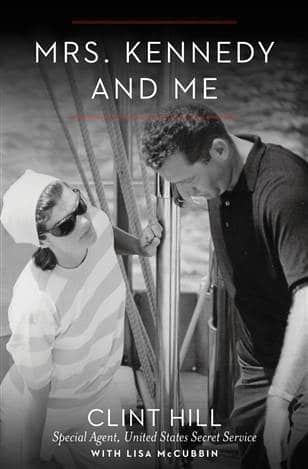 Non-fiction that somehow manages to grip the reader so tightly that he can forget that he already knows how this story ends is amazing. Mrs. Kennedy and Me is a stellar example of what memoir writing, especially when it pertains to public figures, should be: accuracy, behind-the-scenes insider information, and above all, a delicacy in the storytelling that invites the reader in without smearing anyone’s name.

One aspect of this particular memoir that makes it such a great read, however, is that Hill presents interesting details about Mrs. Kennedy and her children without compromising either her dignity or that of the role of the agents who secure the President.

There were a few moments in the book where the readers were treated to some mild dirt, such as learning that Mrs. Eisenhower refused to let Mrs. Kennedy ride in the pre-arranged wheelchair on a mandated tour of the White House just prior to Kennedy’s Inauguration, despite the fact that Jacqueline had left the hospital from a Caesarean section only the day before. There was also a cryptic retelling of the President calling Hill into the Oval Office only six months into the Presidency to warn him to keep Jacqueline away from Aristotle Onassis on her upcoming diplomatic trip to Greece. The reader isn’t given sordid details, but merely given small crumbs of information that let him know that all was not as it might have once seemed in Camelot.

Nothing on the Kennedys so far, however, has prepared the reader for the enormous intensity of Hill’s depiction of the days following the President’s assassination. While the media coverage and speculation of the event itself had to be exhausting, Hill gives us a respectful look at the horror that he and the family endured. Everything from having to purchase the casket himself in order to remove the President’s body from the hospital, to having to stand up for Mrs. Kennedy when decorum would have meant acquiescing to Vice President Johnson’s insistence that she accompany him to Washington despite her adamant wish to remain with her husband’s body.

Most heartbreaking, perhaps, was the vivid account of the days following Kennedy’s funeral when Mrs. Kennedy was no longer the First Lady. She and her children tried to simply drift into a quiet existence, but even after her removal from public service she was hounded by gawkers and photographers and assigned a Secret Service detail for an additional year. Finally, the day came when Hill was no longer her agent.

Mrs. Kennedy and Me is available in print and for e-reader from several ebook retailers.