You are here: Home / e-Reader News / Ectaco Jetbook Color 2 to Debut in March 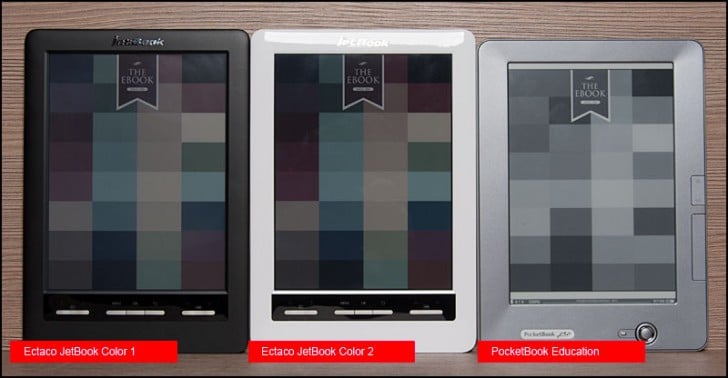 Ectaco is quietly releasing a followup to the first e-reader in the world with color e-ink. The new model will use the second iteration of e-Ink Triton technology, which should provide a more seamless experience.

The Jetbook Color 2 uses a 9.7 inch e-ink Triton 2 touchscreen with 1200 × 1600 resolution. This unit will display close to 4096 colors, which should really bring PDF documents to life. Underneath the hood is a Freescale i.MX508 800 MHZ processor and 512 MB of RAM. They are using the exact same chip and RAM as the previous model, which was woefully inadequate. This unit gives you plenty of storage with 4 GB and expandable memory up to 32 GB.

There is a headphone jack and speakers, which takes advantage of the audio dictation software and the ability to play music. Really, this device is aimed at students, and comes with all the software as the original. It also comes with tons of study guides, learning, math, spelling, and other critical K12 materials.

So what’s different with this model? They did away with the manual page turn buttons that were on the sides. There is also a port built into it to store the stylus, which is useful. Triton 2 brings higher contrast and refined page turn speeds. You should see a severe lack of refreshing, which should not be that noticeable anymore.