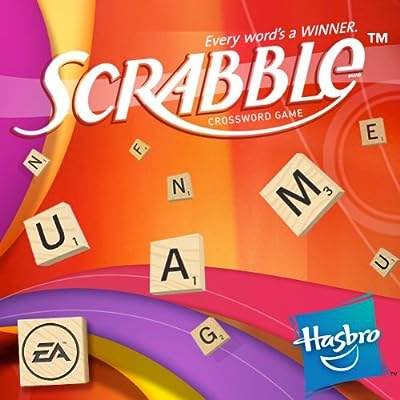 EA and Hasbro recently formed a strategic partnership to bring some of the most well known games to mobile devices and people who have the Kindle E-Reader can now also benefit. It has been only a few months since the first few games for the Kindle were made available. These games are using the new Amazon SDK that is currently only available to select developers. EA was one of these developers, and Amazon is also internally hiring talent to fully develop a new web browser for its line of Kindle E-Readers.

Now lets talk about the semantics of the game. First of all it was developed particularly with the casual gamer in mind. With multiple styles of play, intuitive controls and fun features like Pass N’ Play, SCRABBLE players can share the game with friends or pause and resume game play where left off at another time. There is also three different difficulty settings, and the two letter word list is up to date, including words like “QI” “ZA” etc. You can also play with a friend by passing the Kindle back and fourth.

If you choose to play against the computer, the computer makes its moves very quickly, so you are not likely to grow weary of waiting.

One of the more particularly interesting facets of this new item, is that this is the first PAID application for the Kindle. Based on the total sales at the price point of $4.99, the market will determine whether or not paid applications will take off for the Kindle, or if they will increase/decrease in price.

SCRABBLE for Kindle is available to U.S. customers in the Kindle Store and can be purchased from Amazon.com or directly on the Kindle device for $4.99. For more information, please visit www.kindle.eamobile.com or http://www.amazon.com/scrabbleforkindle.