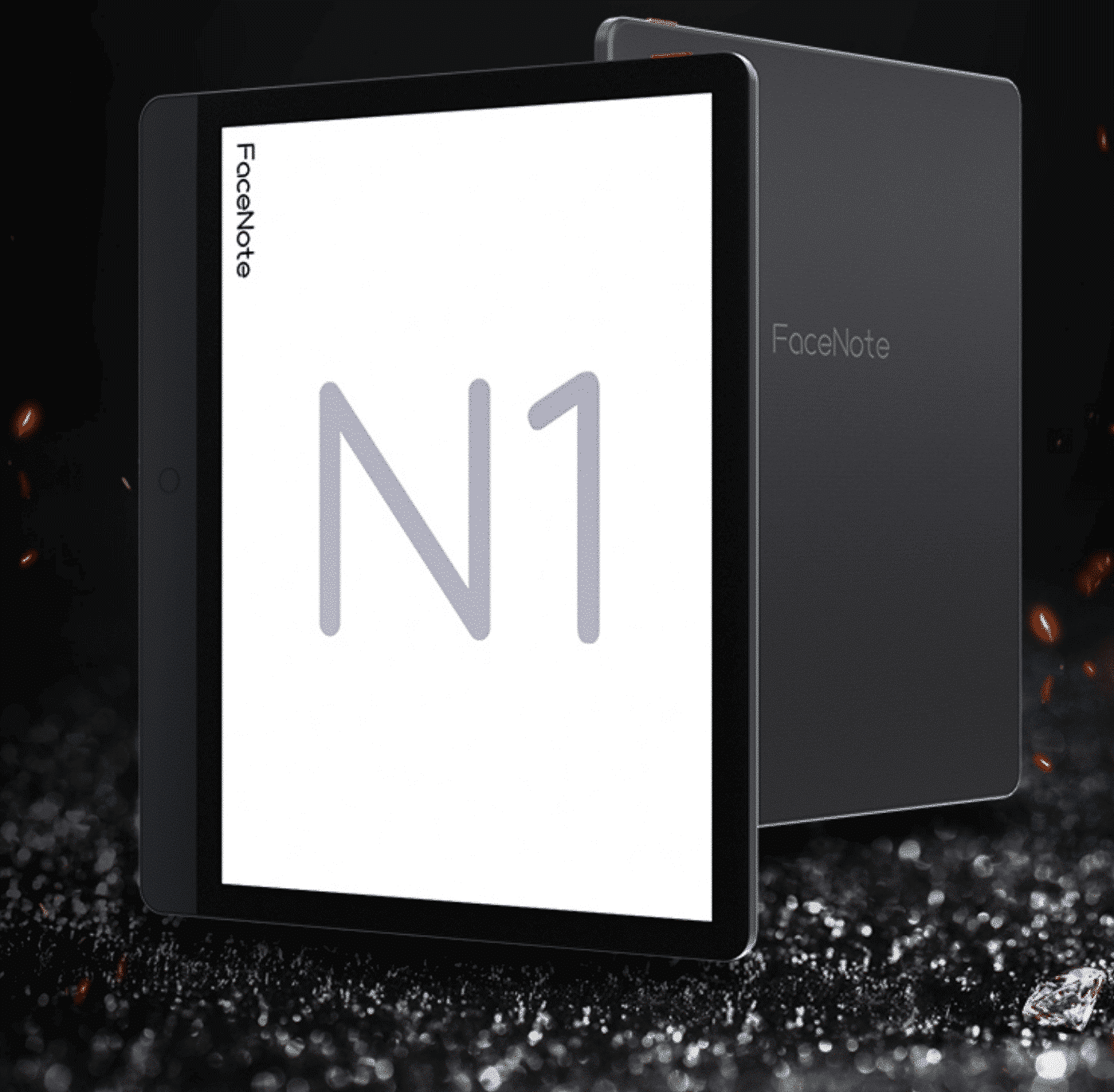 Facenote is a relatively new company and they have two products in their portfolio, the Facebook F1, which is a 5.84 inch E INK smartphone with Android 9.  It is powered by a Snapdragon 439 processor, 4GB of RAM and 16 GB of internal storage. The phone has many different supported languages, such as English. They also just released a large screen E INK tablet, called the Facenote N1.

The Facenote N1 features a 10.3 inch E INK Carta HD e-paper display with a resolution of 1872×1404 and 227 PPI. It has a front-lit display and color temperature system, so it has 28  white and amber LED lights. It is using Google Android 8.1 and ships with the Kindle app and many others, you can also sideload in your own favorite apps. It has Bluetooth 4.0, USB-C, WIFI and a giant 4,000 mAh battery. It has a microphone and a speaker, 2GB of RAM and 32 GB of internal storage, it is running a quad core processor.  There is full English support for this device, as well as many different languages. It retails for $389 from the Good e-Reader Store.

There are many software enhancements for this tablet. There is a system wide dark mode, the orientation can be switched from landscape to portrait and can be screencast to a television, monitor or a projector for meetings.

It is important to note that this is a dedicated large screen e-Reader and multimedia tablet. It does not have a WACOM screen and can’t be used as a dedicated e-note.