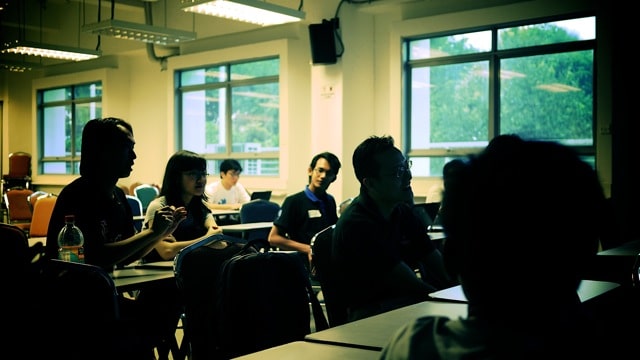 Last week we published our first feature on the emergence of book piracy on the worldwide stage. We investigated occurrences in Thailand, Nigeria, and China and how their ebook culture works. Today we are looking at Vietnam, which has a very high degree of book digital piracy.

Often when you buy an e-reader in a retail environment in Vietnam and its capital Hanoi, you will get a gift. Retailers often give a DVD with thousands of pirated ebooks that are dug up from forums and other file sharing websites to give people something to instantly read. The majority of people purchasing these often opt for the gift, knowing that these books might not be legal. Publishers are beginning to petition the government to declare a war on piracy to make the digital shift worth it.

Publishers in Vietnam are at a crossroads, they need to shift to digital but are showing disdain for how prevalent piracy really is. “If we don’t publish ebooks, our publications still would appear on a lot of websites and forms, from which people can download the publications free of charge, even though with lower quality than the printing versions. But if we publish ebooks, they would be unlocked just 15 minutes after the publishing moments, at with the same high quality,” said Nguyen Xuan Minh from Nha Nam Publication Company.

It is estimated that nearly 30% of the company’s printed books have been published as ebooks as well. However, in fact, 70% of Nha Nam’s printing books are illegally posted on Internet for sharing. That explains why the company’s turnover from ebooks remains very modest.

The largest segment of piracy in Vietnam is currently e-textbooks. A recent reported stated that 90% of all e-textbooks used in the English teaching market are of a dubious nature. This has not stopped hi-tech companies like VTC, FPT, and Viettel, or smaller ones like Alezaa and AIC, to formulate new technologies to digitize textbooks used in general schools and universities.

So what are the main reasons that people tend to pirate books on such a large degree in Vietnam? The Passive Voice interviewed a young student named Le Trung. He used to visit bookstores all the time, but in the last few years has purchased a Nook Simple Touch. He complained that Vietnam’s digital content industry proves to lag far behind the rest of the world. Therefore, it’s really difficult to find newly published e-book content. “In many cases, as I cannot buy real books, I have to download pirated versions from the Internet.”

One of the other largest factors on why piracy is running rampant is because of the per capita income is a paltry $1,168 US. Many of Vietnam’s publishers often do not release new titles into the digital format right away and many large online companies do not sell directly to customers in Vietnam. This forces people to download from the internet as the only viable way they can attain ebook titles. The low wage prevents the strong majority of the population from attaining ebook readers like the Sony, Nook, Kindle, or Kobo and only a fringe segment that can afford it.

The publishing industry is continuing to make inroads to enter the digital market, but faces an uphill battle. In late 2011, Vinapo launched the alpha version of the ebook distribution system Alezaa.com, the first one of this kind in Vietnam. Though Alezaa used proprietary software for encoding to prevent plagiarism, the books published by the system were still pirated easily.

DTI News summed up the issue by saying “The problem here is the awareness of the copyright. In developed countries, where customers always believe that they have to pay for all products and services, thus facilitating the development of e-publication. Meanwhile, Vietnamese people have the habit of using products and services free of charge.”