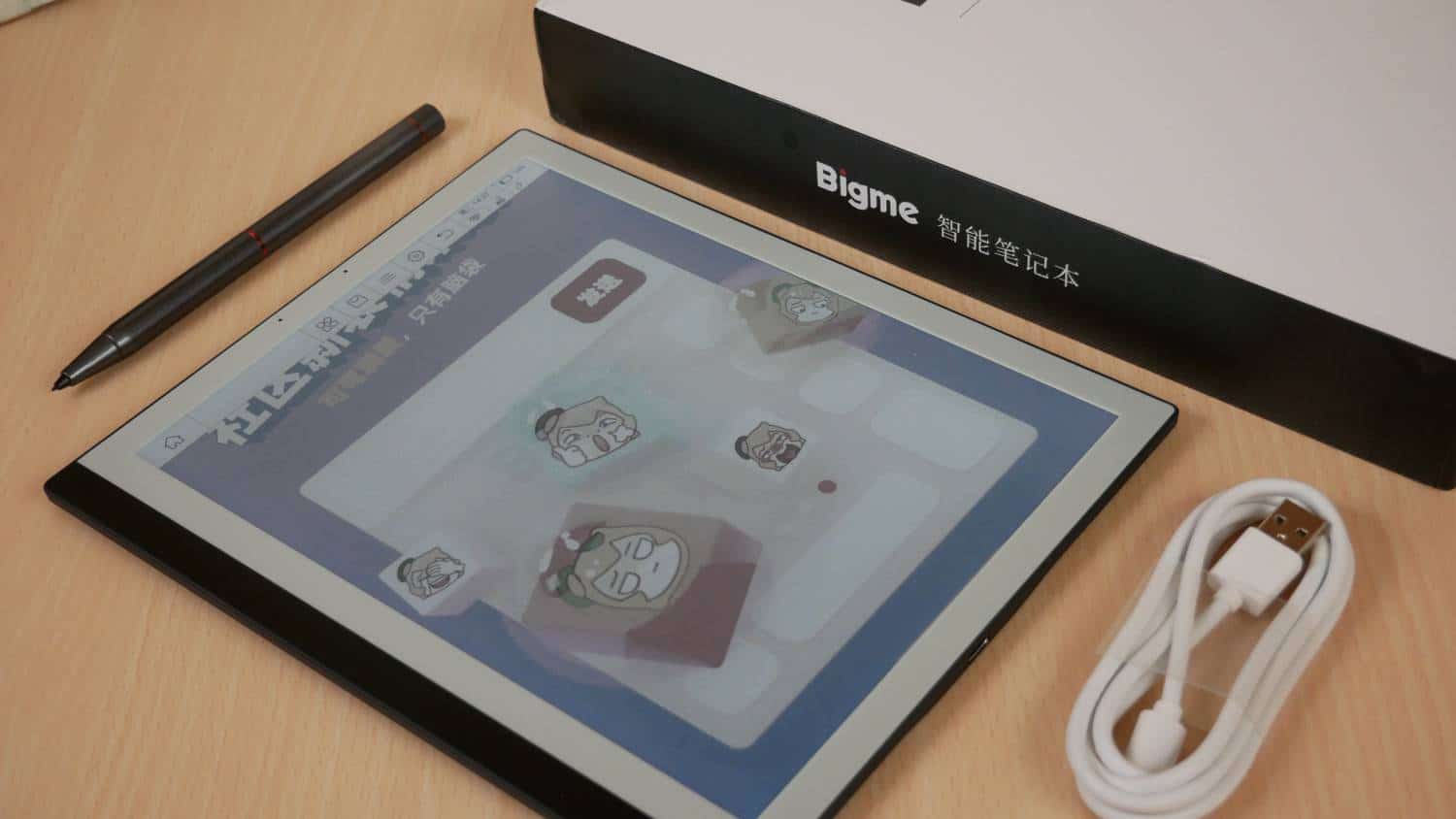 The Bigme B1 Pro is the first digital note taking device and e-reader that is employing the new E INK Kaleido 2 color e-paper. This device is entirely in Chinese and doesn’t have any options for other languages. You can take notes though in full color, and also sideload in your own EPUBS, MOBIS or PDF files. Since it is running Google Android 8.1, you can also sideload in your own apps or other app stores, but it doesn’t have Google Play or Google Play Framework.

The Bigme B1 Pro features an E INK Kaleido 2 color touchscreen display. It has a front light with 36 white LED lights, giving you crystal clear illumination of the screen. This product is designed to take notes with a stylus, read comics, magazines, manga, newspapers and PDF files in full color. This is the first large screen device that is running color e-paper, which is a huge deal!

The overall color scheme is white and has a black bar on the left side, that goes down until the bottom. It basically looks like the spine of a book, which is actually quite striking. The screen is flush with the bezel. There is a power button on the very top right, and on the bottom is the USB port. On the back are two speakers that play in stereo, ideal for audiobooks. The pen is heavy, which is great for writing. It is also rechargeable and has a Micro USB port when you remove the cap at the top. It has 4,096 levels of pressure sensitivity and a power button and eraser button on the side.

This device is interesting, because it is the first color 10.3 inch digital note taking device. For those of you that have been waiting to draw in full color E INK or take notes, this is ideal. It is very expensive, which is one of the major drawbacks. It retails for $1,199.99 from the Good e-Reader Store, else it’s only available if you live in China.