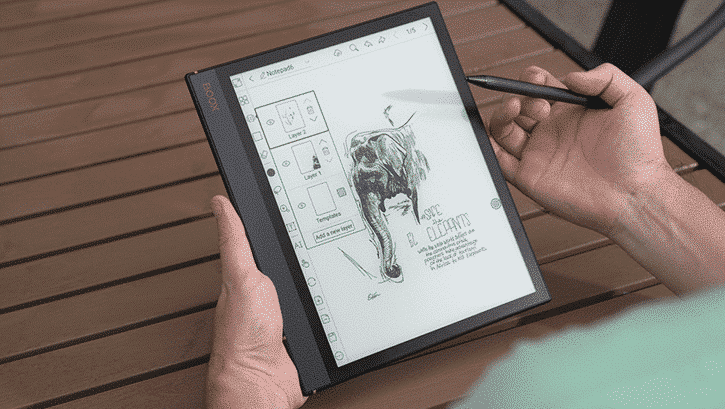 Artists have a completely different perspective of life. They see and do things differently. Not to mention, each have their own specific requirement when it comes to their medium to express their artistic bent of mind. All of this makes it quite tricky to zero in on the perfect tablet that can suit most artists, designers, and illustrators.

There simply are a lot of parameters to consider, the display size and resolution, stylus pressure sensitivity, compatibility with your other accessories, and so on. Not to mention, price too can be a huge factor when it comes to choosing the right tablet. The market, on the other hand, offers a wide variety of tablet devices that makes up for multiple options for almost every requirement.

Nonetheless, mentioned here are some of the best drawing tablet that should appeal to most artists out there. 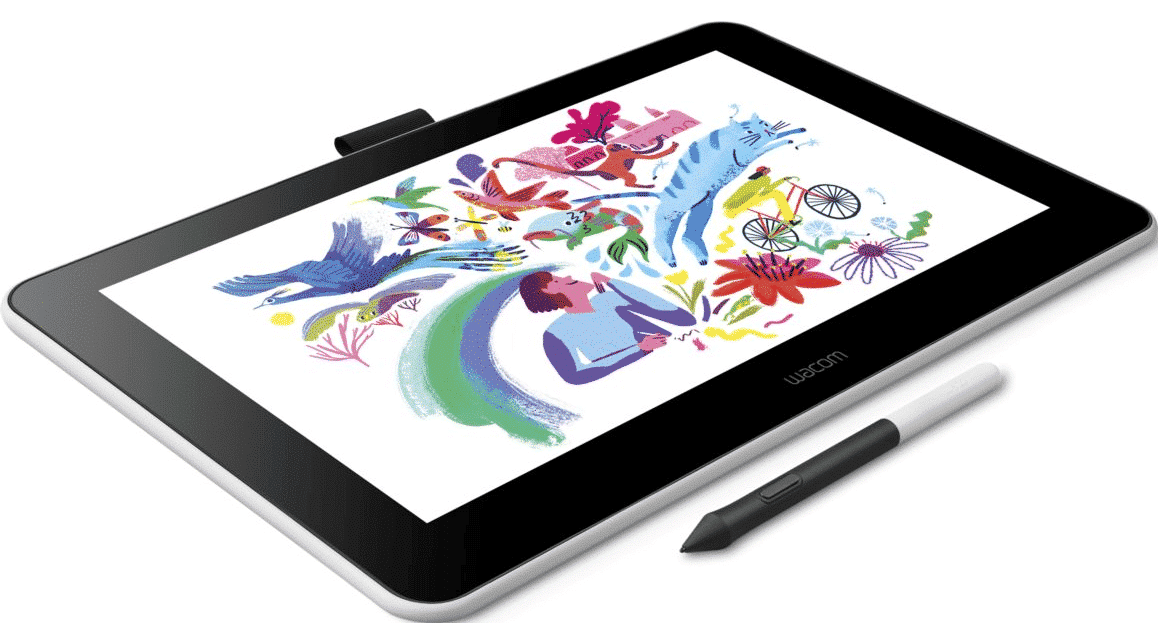 The tablet offers a 13.3-inch of display which should be large enough for most drawing projects. The display also comes with a textured matte-film finish to it that offers a paper-like feel, thereby making it all the more natural for artists to get going. The display again has the least parallax effect while being capable of depicting colors accurately.

Another huge plus with the Wacom One Digital Drawing Tablet is its affordability, it being priced $399.95. It is easy to setup and use as well. That said, the pen, though responsive, comes with a single control button. Further, the pen lacks an eraser point, both being limitations that might not be to the liking of many artists. 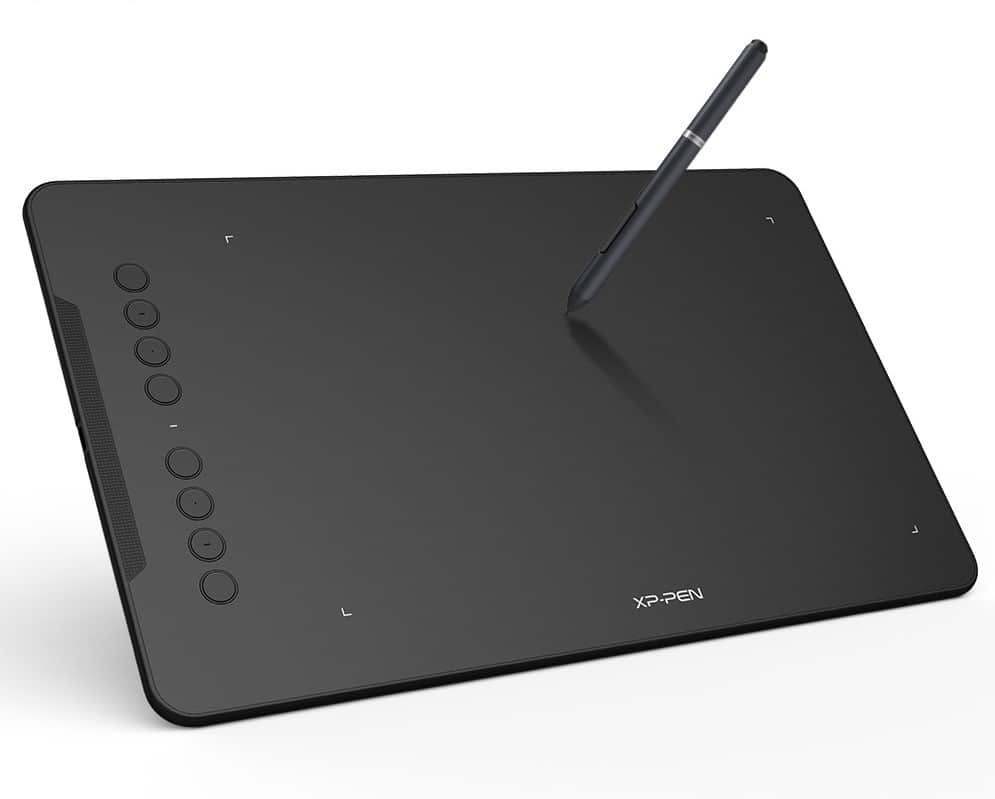 The XP-Pen Digital Graphics Drawing Tablet does not come with a display of its own. Instead, the drawing area comprises of a 6.25-inch x 10-inch surface on which you need to draw with the pen provided. The drawing appears on the computer screen to which the XP drawing tablet is attached with.

The drawing surface offers decent levels of response with there being near-zero levels of lag. The device also offers eight buttons that you can program to perform the function you’d like it to do. The software though can be buggy at times. Saving perhaps the best for the last, the XP-Pen Digital Graphics Drawing Tablet is priced just $69.99, making it among the cheapest drawing tablet options for budding artists. 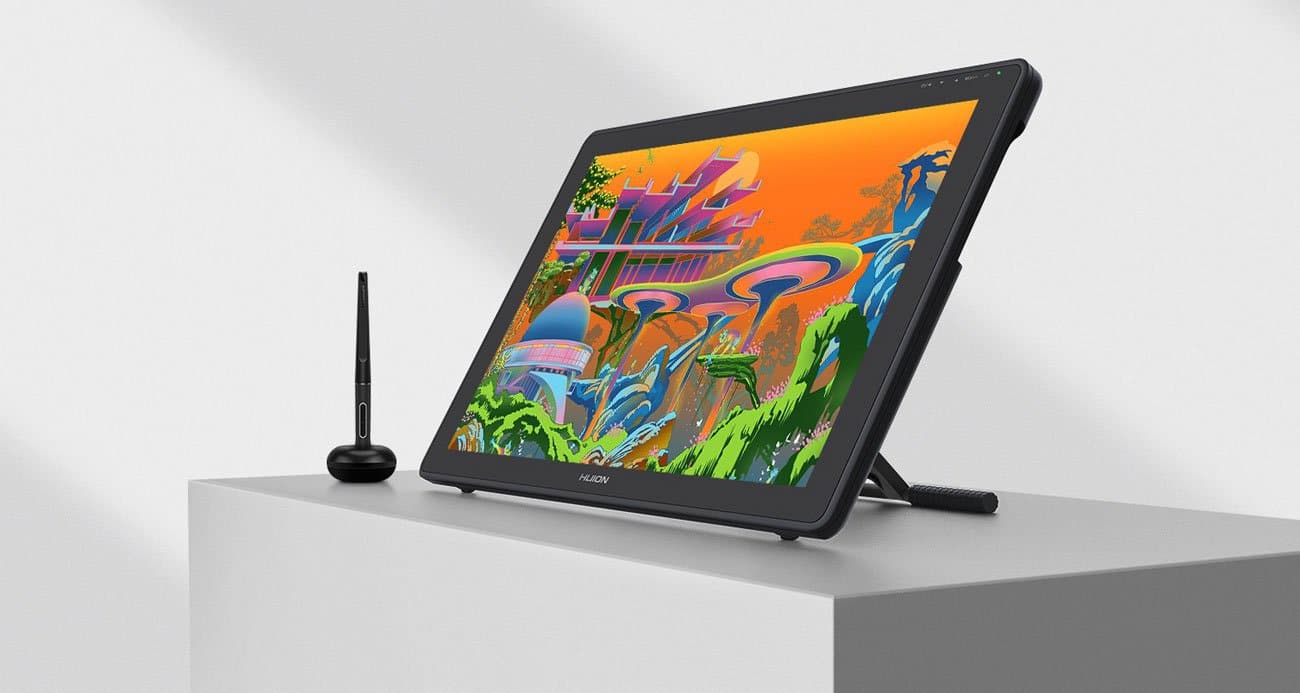 The Huion Kamvas 22 Plus is clearly for those who are looking for something rather expansive given the 21.5-inch display on offer. Also, it’s not just about size as the display boasts of quantum dot technology to allow for the best possible color accuracy. Another positive with the display is its anti-glare property while the lamination on top allows for a thin overall structure, which leads to minimal parallax effect.

The pen is also responsive enough and provides for a natural feel while writing or drawing on the tablet. The pen also offers excellent response when the nib is held at varying angles, something that is crucial for a device that wishes to be seen as a serious drawing tablet. However, all of it comes at a price, which stands at $549 but is clearly the best you can have in that price range. 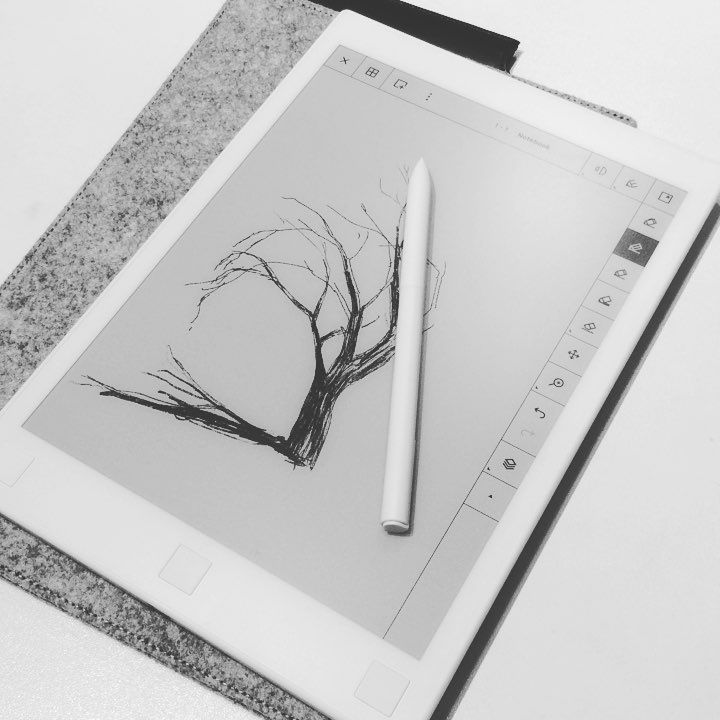 The Remarkable 2 with its E Ink display makes it among the best alternatives to physical paper. It is thin and light while the battery can last two weeks on a single charge. The palm rejection tech ensures the tablet only cares about what you write or draw on the tablet and nothing else.

The tablet also supports stylus operation which the company prefers to call as the Marker. With 4,096 levels of pressure sensitivity, the Marker provides the closest experience that you can have to writing or drawing on real paper. The Marker also lacks a battery, which saves you from charging hassles even though it does not include an eraser as well on its base model. Brush options however aren’t aplenty while the $399 price tag might be a bit on the higher side for a tablet that offers just black and white color options. 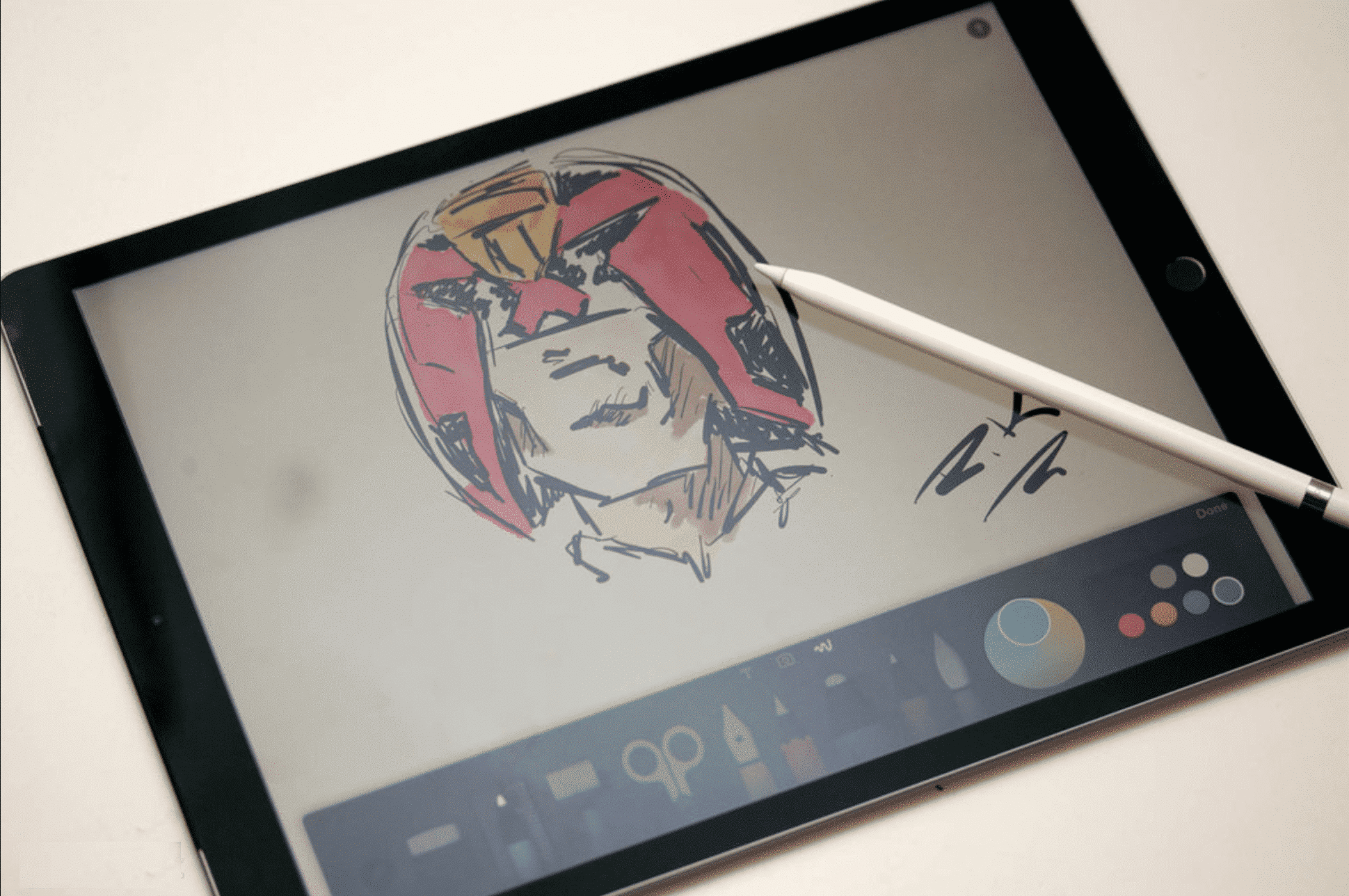 The Apple iPad Pro shouldn’t need any introduction. Among the plethora of tasks that the iPad is known to accomplish with elan, there is a lot that the tablet has to offer to artists and designers. With tools like Procreate or Fresco and Photoshop, Artists have a lot of ways to give vent to their artistic skills and endeavours. Then there is the iPad’s high-resolution display that offers excellent color accuracy, all of which are the perfect aids for artistry.

The display also boasts of high sensitivity, offering a highly responsive interface with zero lag when doodling with the Apple Pencil. The iPad Pro also come with high-end specs that makes it a powerful tool for artists. That way, it can also serve as a self-sufficient device and does not require to be fitted with any external computer for its operations. All of it comes for a price though, with the iPad Pro starting at $929. 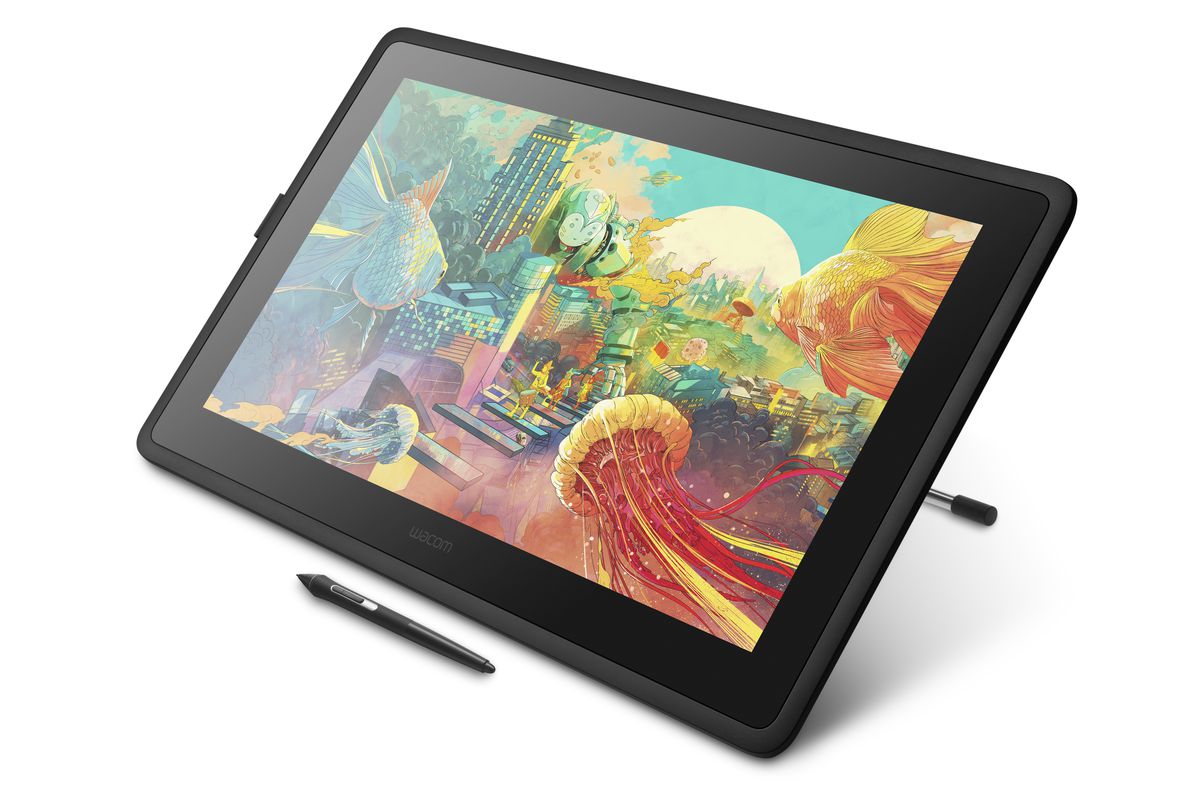 With its large 22-inch display, the Wacom Cintiq offers an expansive 19.5-inch x 11.5-inch active drawing area, which should be enough for artists to let lose their inner creativity. Of course, it isn’t just about the size, other aspects of the display that too allows for ease in drawing is its anti-glare finish.

The Wacom Pen 2 that comes bundled with the tablet offers excellent pressure and title sensitivity. What that means is even the most subtle changes in pressure or tilt will be enough to evoke the appropriate response. Also, at around $1,200, it is cheaper than its predecessor but is still undercut by the Huion Kamvas Pro 22’s $900 price tag. Display resolution too leaves something to be desired while the lack of short-cut keys is a bit of a let-down too. 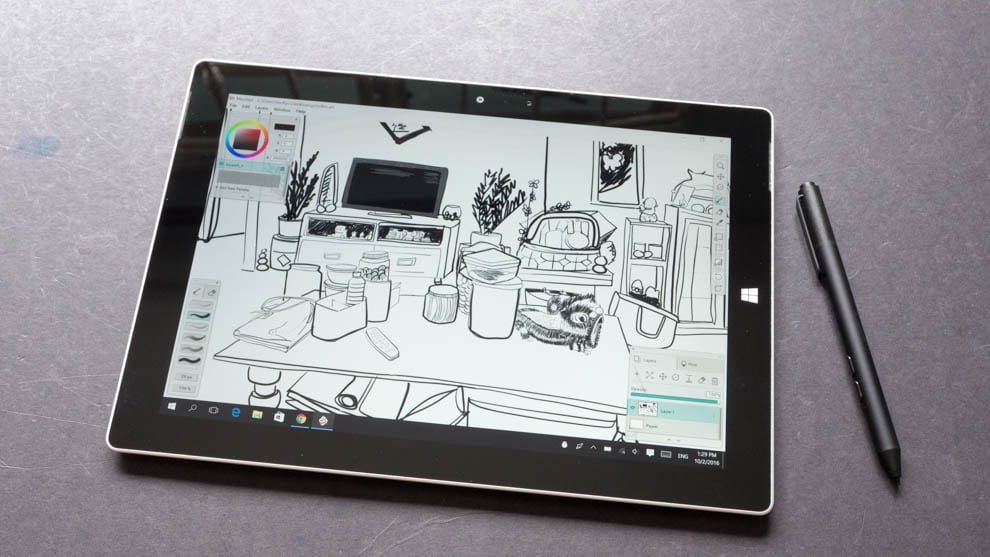 The Surface Book 3 from Microsoft comes across as one of the best all-round package that can be any artist’s delight. With a 13.5-inch hi-resolution display that is lit up by 3000 x 2000 pixels, what you have is 11.25-inch x 7.5-inch of active drawing area. If that is not enough, there is also a 15-inch version of the Surface Book 3 that will let you have more screen real estate.

Another reason that makes the Surface Book 3 an excellent drawing tablet is the Surface Pen that provides for 4,096 levels of pressure sensitivity. Couple to that the crisp and bright display as well as the brute processing power the tablet provides for and you have a drawing medium of your dreams. The only issue, if that is the right way to describe it, is its price which starts at $1,599. What’s more, the brilliant Surface Pen will set you back another $99. 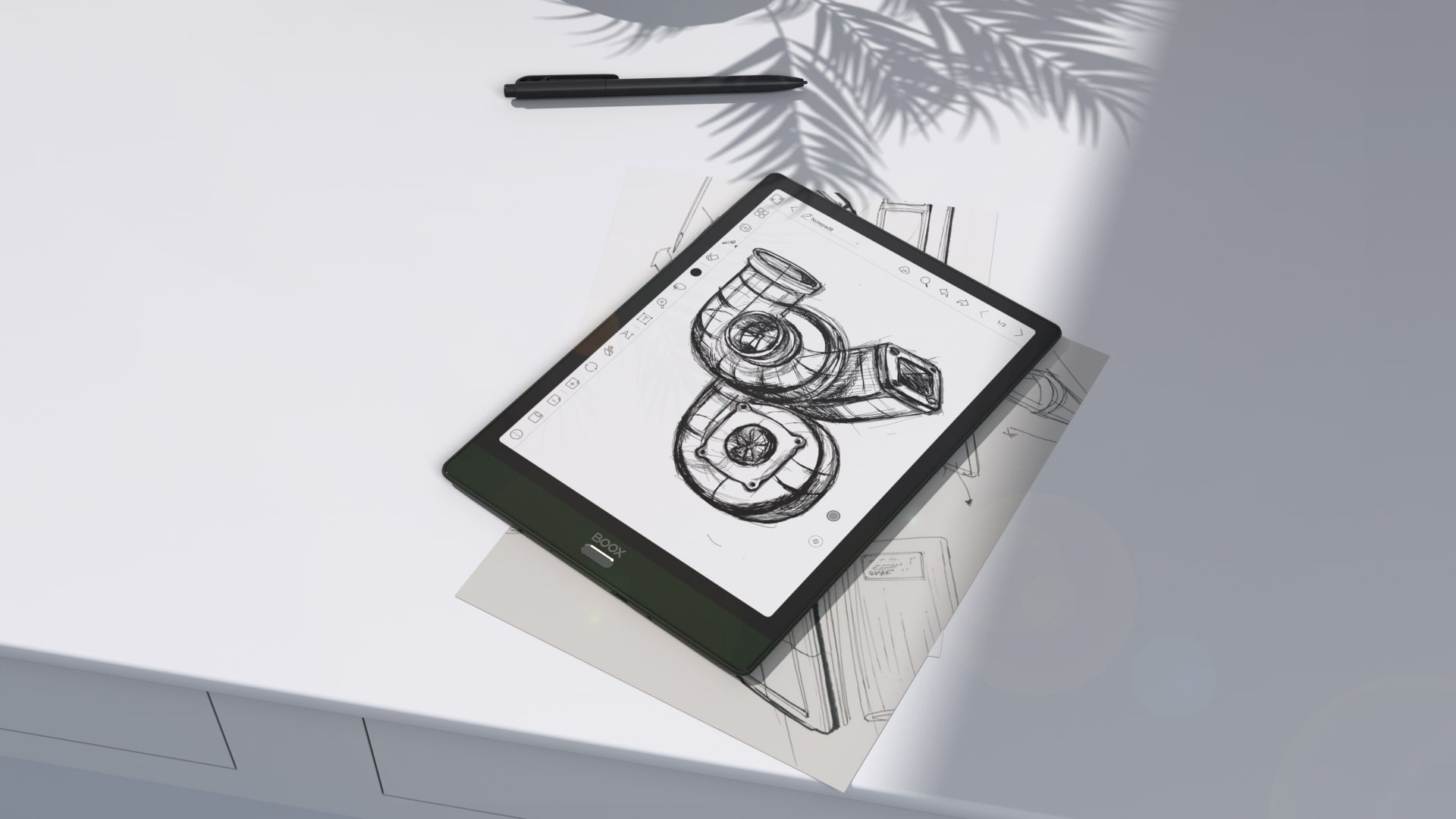 The Onyx Boox Note 3 is the only other e ink tablet here. The 10.3-inch display should be large enough for some serious drawing project as well. The screen offers a resolution of 1872 x 1404 pixels and support the combined feature of both a front-lit display as well as color temperature. This ensures maximum protection for your eyes even when you are reading in the dark.

The tablet also features a WACOM layer which ensures compatibility with a stylus with 4,096 levels of pressure sensitivity. The stylus, complete with an eraser on top comes bundled with the tablet and performs well in being accurate and sharp. Also, at $549, the Onyx Boox Note 3 is quite a premium offering and is great even though you are limited to just white and black to express yourself. 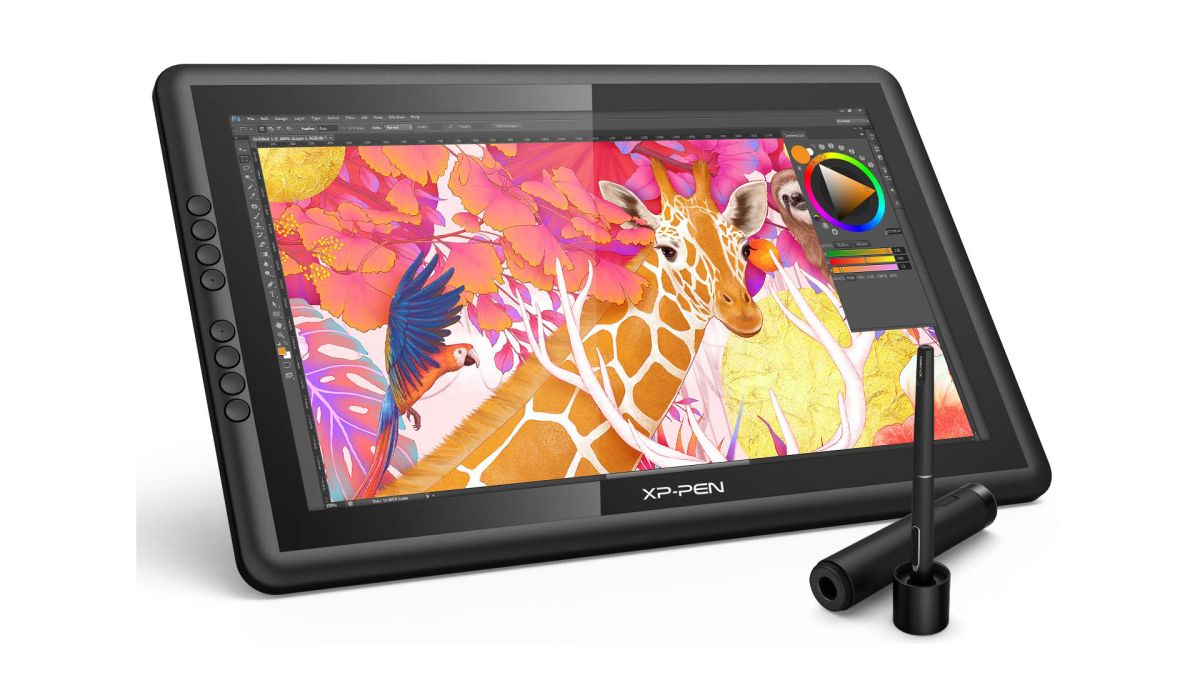 Here is a tablet that provides for all the basics that you’ll want out of a drawing tablet. The 15.6-inch display is decently sized to play host to all your artistic endeavours even though it isn’t the brightest and most pixel-rich display out there. The fully laminated display ensures parallax effect is reduced to almost zero, which also makes it easy on your eyes as well.

The tablet also provides eight shortcut keys that you can customize as per your requirements. The bundled battery-free stylus offers 8,192 levels of battery sensitivity, which means fluid response times so that even the minutest of details get depicted easily. And then, there is the price, which at $299.99 makes it a nice well-rounded package offering more than a decent drawing surface while still being extremely affordable as well. 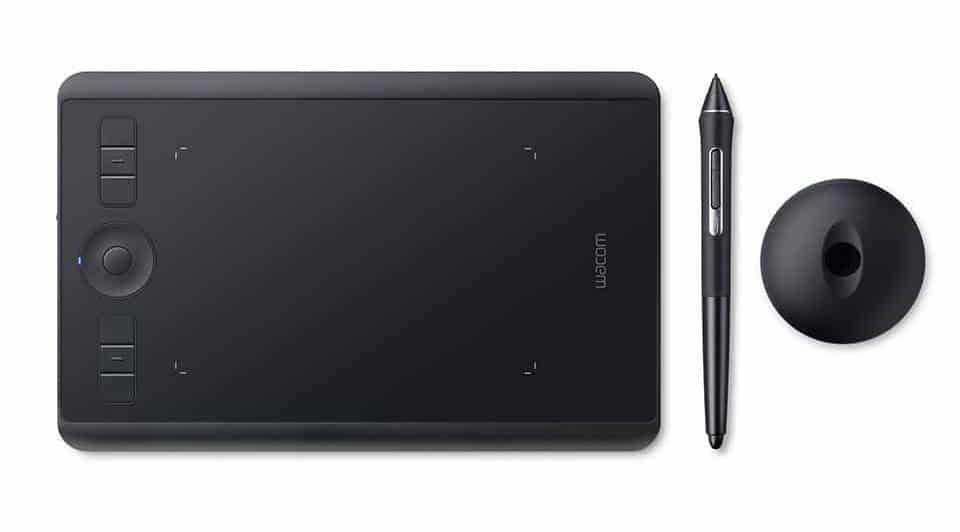 With a generous 12.1-inch x 8.4-inch active drawing area at your disposal, you will never likely feel cramped to express yourself. The bundled pen too deserves accolades thanks to the 8,192 levels of pressure sensitivity it supports. While it is true there is a bit of lag, that again isn’t anything to drive you crazy. The pen is easy to hold though, even for long hours. The pen stand, on the other hand, does not seem to have a good grip while new pen nibs are somewhat inaccessible too.

The user interface is simple while the tablet is easy to set up as well. What’s more, the tablet provides orientation setting options to suit both right and left-handed operations. Battery life is another advantage with the tablet and can easily last an entire day. It supports wireless operation too, using Bluetooth 4.2 to communicate with the home computer. All of this makes the tablet quite likeable, more so given its $379.95 price tag that makes it quite affordable.