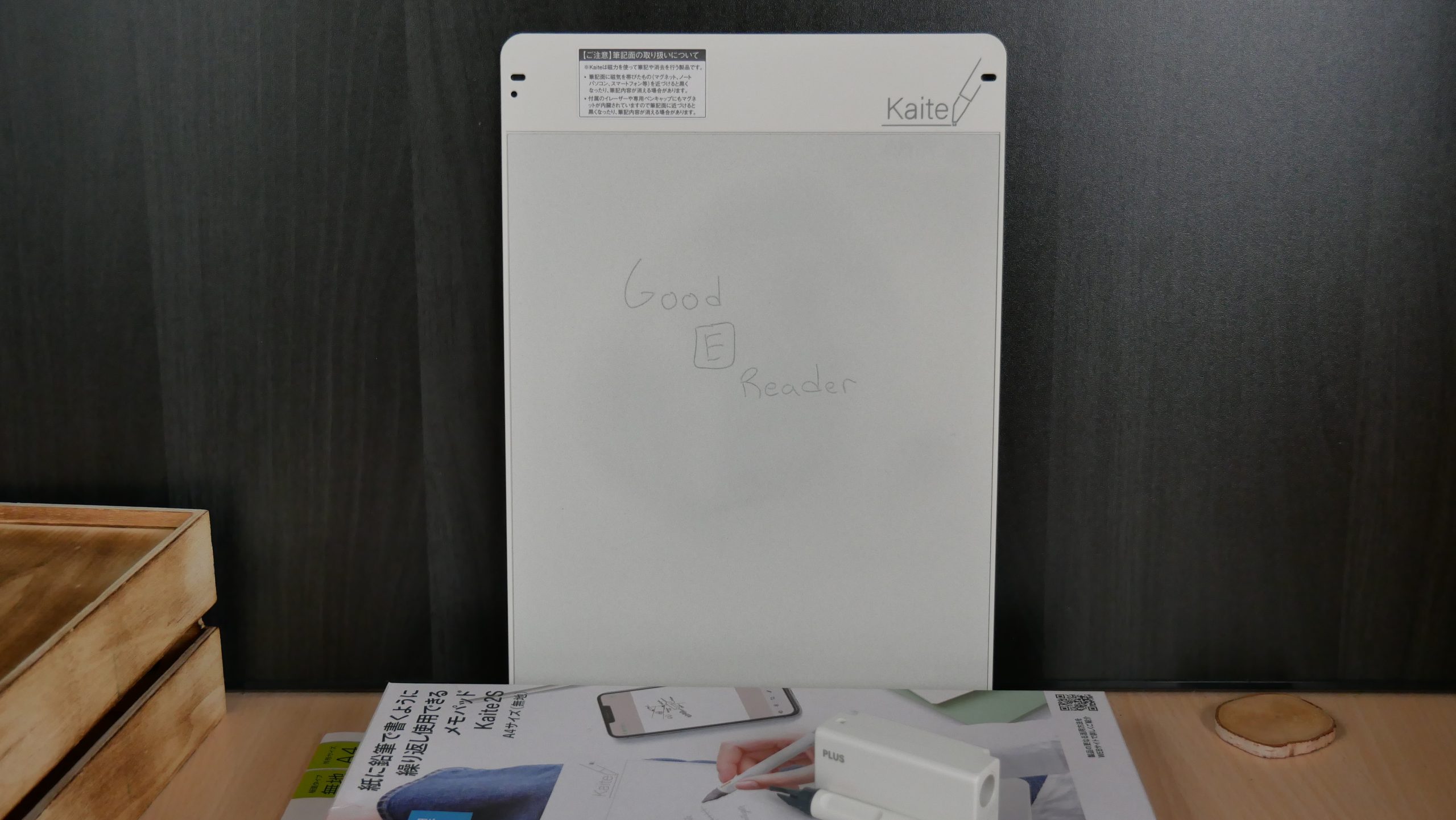 Kaite has been an emerging brand out of Japan that focuses on battery free digital writing tablets. They have released a few different models over the years, and some of them were really compelling. Kaite is back in the summer of 2022 with a brand new device called the Kaite 2S. It features the same design, but the display screen, stylus and eraser have been totally designed.

Previous Kaite models had a grey screen that was similar to e-paper. When you drew on the screen, it was a light black. The 2S model display screen is pure white and looks visually stunning. The screen is using new microcapsule technology and the accompanied pen interacts with the screen via magnets and lifts the black pigments, while the white ones stay in the background. When drawing on the screen, it is almost pure black. The company is calling it clean paper technology. Looking at the in-house video that they did, it looks really similar to E INK.

The pen  has totally been redesigned from previous models and it looks sexy. It has a grip, which makes it easy to grasp. The clearest writing line can be drawn by bringing the magnet of the pen tip into close contact with the writing surface so that it is perpendicular to the writing surface. It also is similar to the Remarkable Pen, that you can draw on an 55 degree angle. The dedicated eraser also looks different. It can erase a large area, or individual characters.

I think the Kaite 2S blows the Kaite and Kaite 2 out of the water. The screen using all-new technology, the pen and eraser have been totally redesigned. While some companies rely on incremental upgrades to get people to spend more money, the Kaite brand makes great leaps forward. This device is battery-free and is not claffified as a dangerous good. You can buy it from the Good e-Reader Store for $129.99, which is a good deal for a 13.3 inch note taking device.