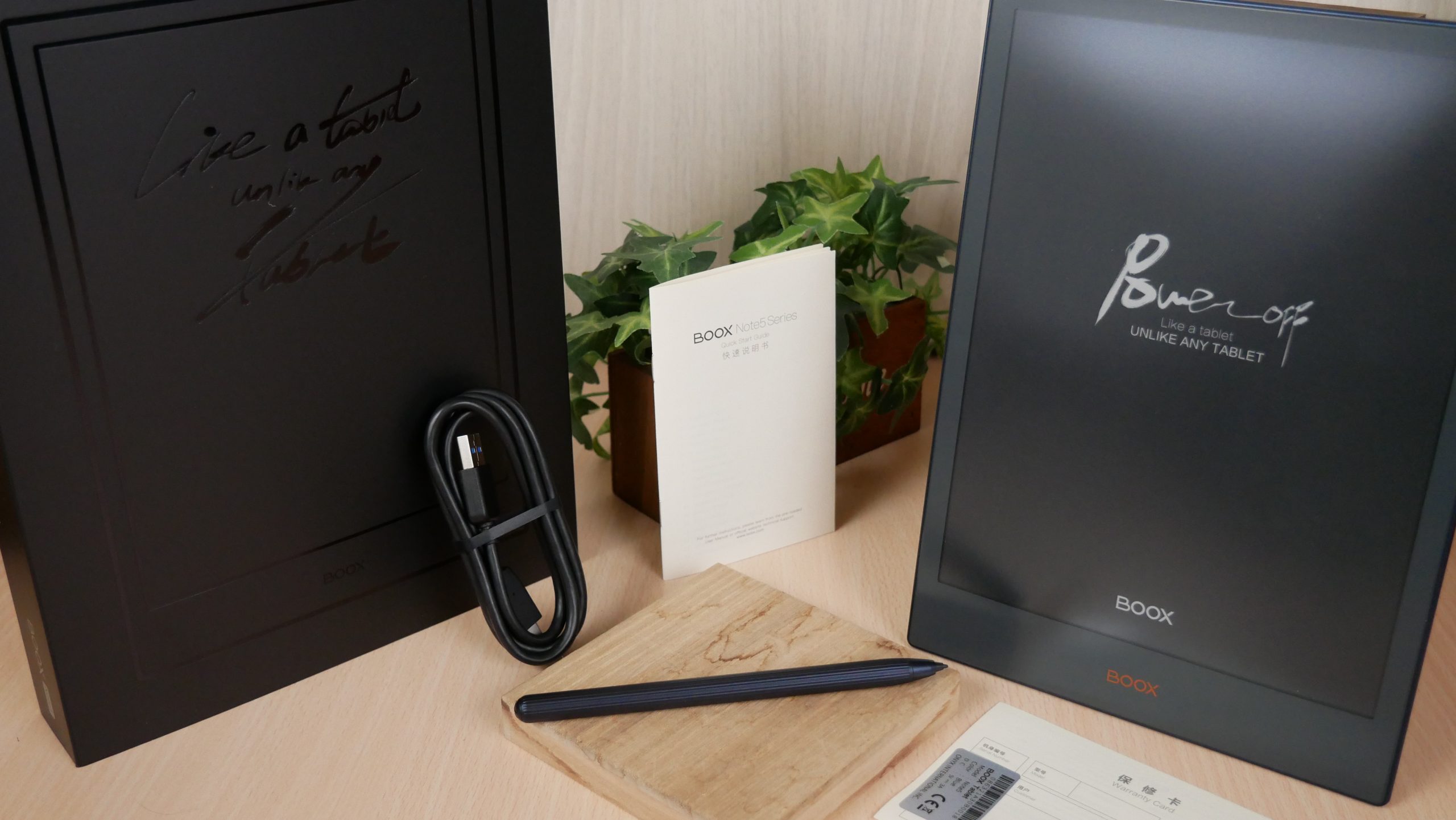 The Onyx Boox Note 5 is suffering from a delay in its release date, due to manufacturing issues. The device is set to be available in late December. This e-note is one of the best available, so it might be worth the wait. It has an 10.3 inch E INK display and full WACOM compatibility, so you will be able to freehand draw, make notes and edit PDF files. It is ideal for A5 sized documents, which makes it ideal for comics, books and manga. The major selling points is the Snapdragon processor, 4GB of RAM and Android 11. You can
pre-order it now for $569.99 and it comes with a free case and stylus, from the Good e-Reader Store.

The Note 5 has a 10.3 inch E INK Carta HD and Mobius display with a resolution of 1404×1872 with 226 PPI and 16 levels of greyscale. It has a flush screen and bezel design with a flat cover-lens. When it comes to the overall color scheme, the sides and top are a blueish grey, and  it has a orange Onyx logo on the bottom. The power button has undergone a total redesign from previous models, it is now somewhat recessed. The back is a royal blue, which is similar to the Note Air 2.

There are a series of white and amber LED lights, which should help you read at night, in addition to the amber ones providing a warm candlelight effect.  There is WACOM integration, which is primarily used for interacting with the display with a stylus.  There is a dedicated note taking app, with some great features. It is also possible to edit PDF files and ebooks.  There is a screen protector that is installed on the factory, so you don’t need to install it yourself, this is a special one that Onyx developed, they call it writing film, and there is more resistance when writing on the screen with the stylus.

Speaking of the stylus, Onyx has developed a brand new stylus called the Boox Pen Plus, which give get for free with the purchase from Good e-Reader. It is blue and has a hexagonal design. They have all new nibs that make writing a pure joy. The pen is also magnetic and attach itself to the device. When writing, you will get 4,096 degrees of pressure sensitivity and there is palm rejection technology.

Underneath the hood is a Qualcomm Snapdragon 662 Octo-Core processor, 4GB of DDRX RAM and 64GB of internal storage. It has dual speakers to listen to audiobooks, podcasts or music. There is also Bluetooth 5.0, which can be used in conjunction with wireless headphones or various Bluetooth accessories, such as keyboard. Charging and transferring of data is done via the USB-C port. There is a microphone on the bottom, which is used for voice communication apps, such as Whatsapp or Line, and also for audio to text.  It is powered by a 3,000 mAh battery, which should provide four weeks of daily usage. The weight is 380g and is 5.8 mm thick.