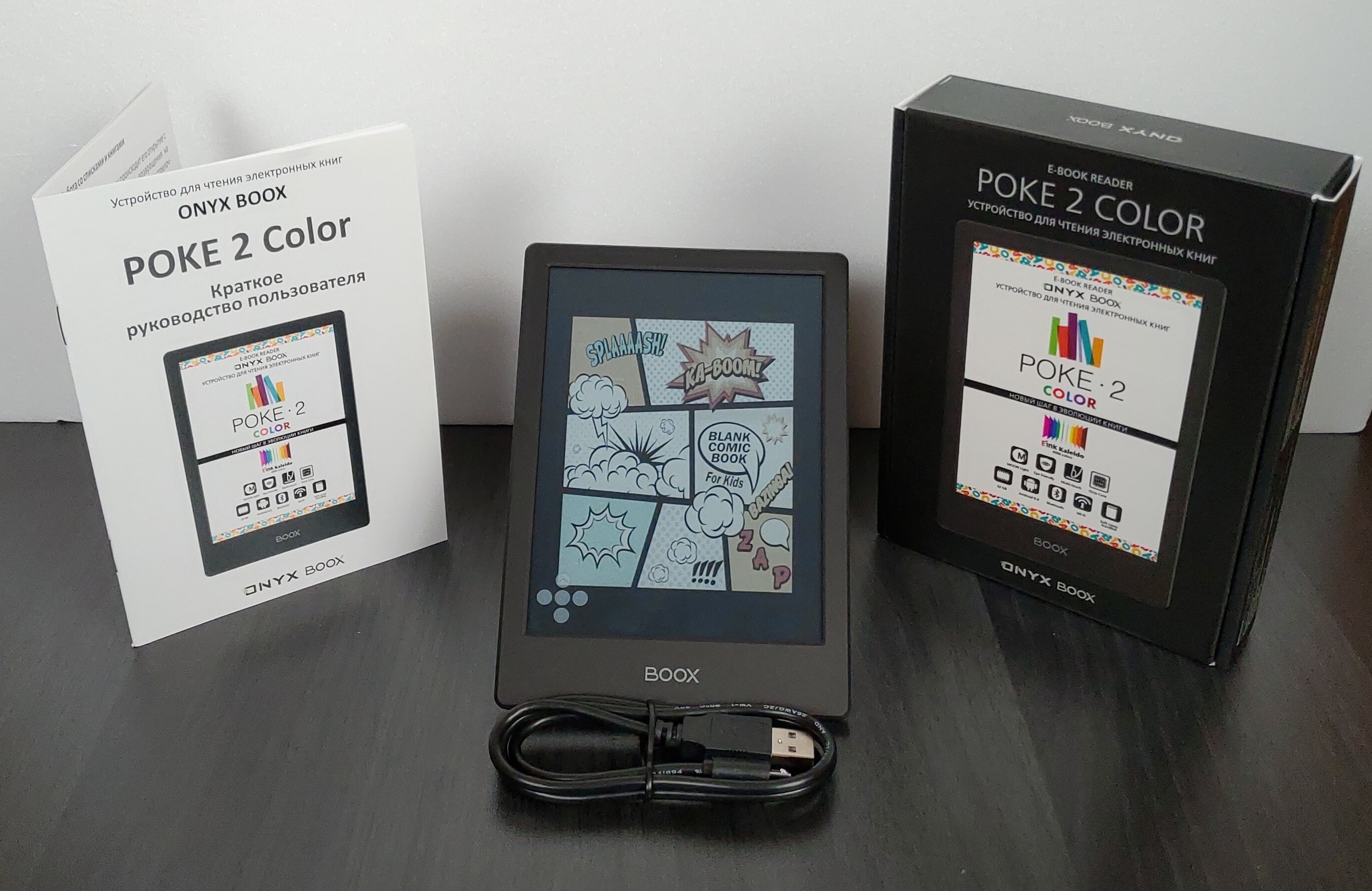 The Onyx Boox Poke 2 Color is once again available, Onyx has released a second batch. This dedicated e-reader is the only one on the market that has Android and Google Play, making it a very compelling value proposition. You also have all of the Onyx speed modes, such as X-Mode which will actually let you play games or watch videos. The one major change in this batch was the inclusion of a USB-C port, instead of a Micro USB.

The Poke 2 Color is a dedicated e-reader with no note taking functionality. It is ideal for people who want to consume color content or browse the web and see images. The resolution is 1072×1448 with 300 PPI. The color panel can display over 4,096 colors and 100 PPI. The screen is sunken, so it doesn’t have a layer of glass on top of it. This will ensure that you will not see any reflections or glare from overhead lights or in direct sunlight. It also has a front-lit display, so you can read at night or during low light conditions.

Underneath the hood is an Octa-core 2.0 GHZ processor, 32GB of storage and 2 GB of RAM. It is powered by a 1,500 mAh battery. It is using a USB-C port with OTG. What is OTG? It basically allows you to plugin accessories into the USB port and they will just work, with no drivers necessary. This includes keyboards, mice, foot pedals, USB expansion slots and the like. It also has WIFI 2.4 and 5HZ for blazeningly quick internet speed and also Bluetooth 4.1 for wireless accessories and a microphone. 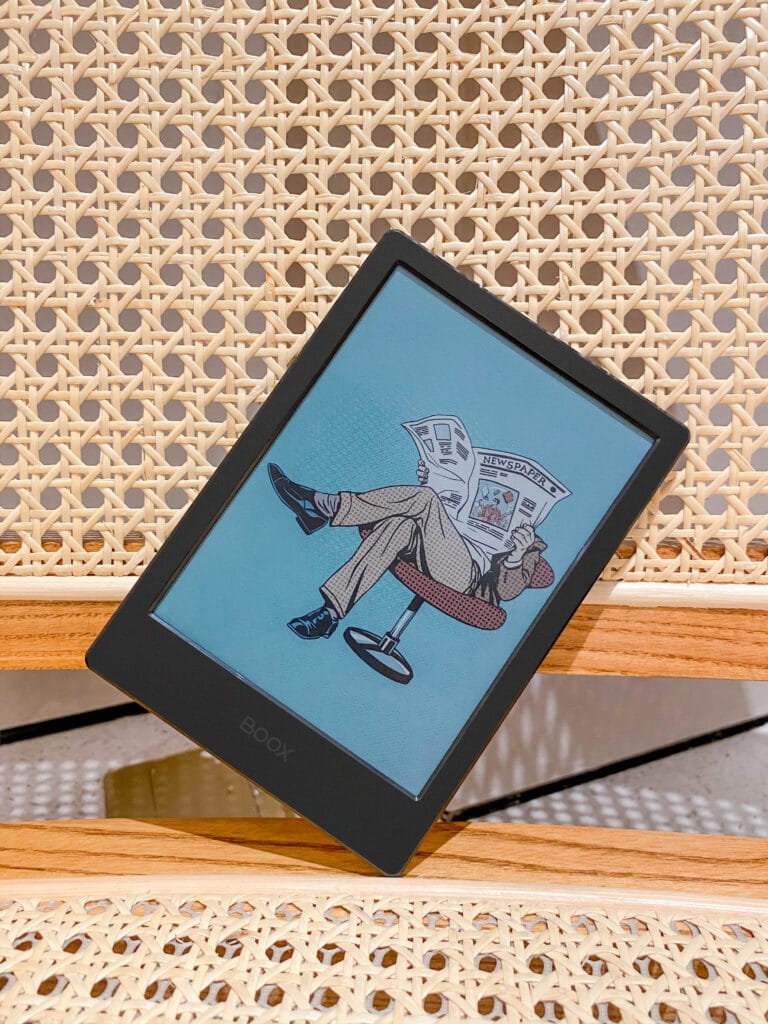 Our unboxing unit of the Poke 2 color was the Russian edition, the device is the same, the only thing that is different is the retail packaging. The box shows a glorious huge image of the e-reader, with major selling points such as Android 9, apps support, Bluetooth, WIFI and some social media icons. It lists the model name on the top, on the sides is key specs and some regulatory information, such as the FCC certification.

When you open the box for the first time you are greeted by the e-reader in a static proof bag. Underneath that is a very small compartment that has the USB-C cable and warranty information. The industrial design is similar to the Onyx Boox Poke 2, a sunken screen with no glass and no physical buttons of any kind. Everything is software based, such as navigation or page turns. The top of the device has a power button, with a status indicator light and on the bottom is a USB-C port and microphone. Color on this is really nice and vibrant, you can see how colors are popping during our unboxing video and looking at Google Images.

This device should excel at PDF files, manga, newspapers, magazines, comic books, academic and medical books and a bunch more. Even just accessing the internet will be different than any other color e-reader up until this point, because you can install your own, such as Firefox, Edge or Chrome. Full access to Google Play will give you millions of paid and free apps. We plan on issuing a bunch of comparisons in the next week, taking a look on how the Poke 2 color stacks up against the Pocketbook Color, also stay tuned for a hands on review.

The Poke 2 Color is available from the Good e-Reader Store for $279.99 and is shipping now.