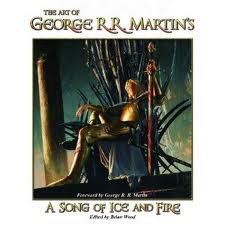 Amazon has announced the newest author to join the ranks of writers who have sold more than one million ebooks through the Kindle store. George R.R. Martin, author of the highly-acclaimed A Song of Ice and Fire series, joins the likes of James Patterson, Lee Child, Nora Roberts, and Charlaine Harris in becoming one of its highest selling authors.

Martin is the creator of the now-adapted for television HBO series A Game of Thrones. His fifth and most recent title, A Dance with Dragons, debuted in the number two spot for Kindle and has remained in the top fifty for more than 100 days. The HBO series is not Martin’s first work for television, as he spent ten years working on such programs as Twilight Zone and Beauty and the Beast.

“Groucho Marx once said, ‘I refuse to join any club that would have me as a member,’ but even Groucho might have made an exception for the Kindle Million Club,” said George R.R. Martin. “It’s a real thrill to be inducted into this one. There are no dues, no meetings, and I’ll be in some wonderful and exclusive company. But really, all the credit here goes to the people who made it possible – to Amazon, my publishers, my editors, and most of all, my readers. I owe this to everyone who ever read one of my books and recommended it to a friend. Thanks… and keep reading. The best is yet to come.”

As more readers embrace digital reading and as ebooks continue to fare well through Amazon’s catalog, more traditional and indie authors can hope to achieve this level of success and fan following.