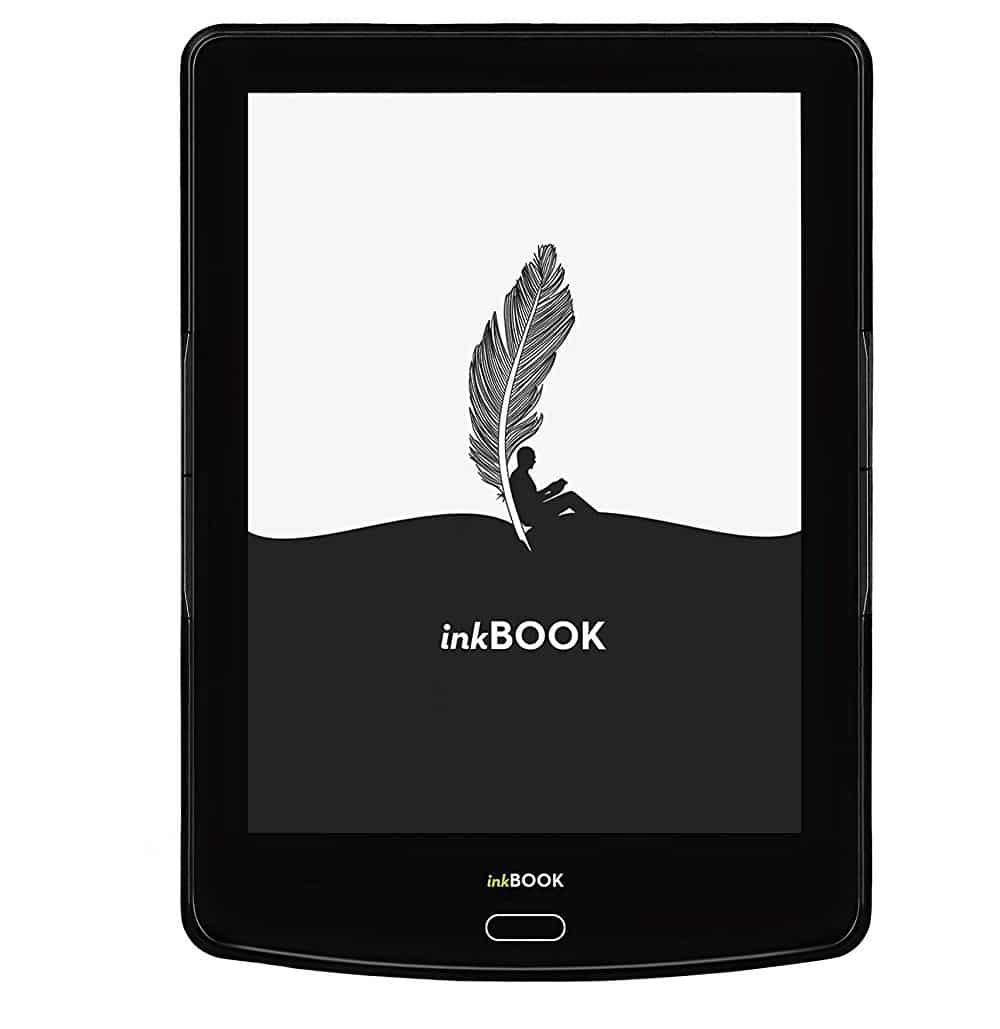 Good e-Reader is now an authorized distributor for Arta Tech and their Inkbook line of e-readers.  The Inkbook Lumos and Inkbook Prime HD are now available on the Good e-Reader Store for purchase. The Lumus retails for $99 USD and the Prime HD is $129.99. Any future E Ink products that Arta releases will also be available on Good e-Reader.

The Inkbook Lomus features a six inch capacitive touchscreen display with a resolution of 800×600 with 167 PPI. This is an entry level e-reader, similar to the Kindle Basic. It has a front-lit display to read in the dark and a new color temperature system.  Instead of white and orange LED lights on the bottom of the bezel, which has been the trend lately, the Lomus employs white and blue.  You can either have the screen warm or cold, or a combination of both.

Underneath the hood is a 1.5 GHZ Dual-Core Cortex A9 processor,  instead of a Freescale, so performance is definitely an issue. There is WIFi, 128MB of RAM, 4GB of internal storage and an SD capable of supporting an additional 32GB.  It is powered by a 2000 mAh battery, weighs 165 grams and the dimensions are 159×114×9 mm.

The Inkbook Prime features an E Ink Carta HD display with a resolution of 1440×1080 and 300 PPI. It has a front-lit display and color temperature system.