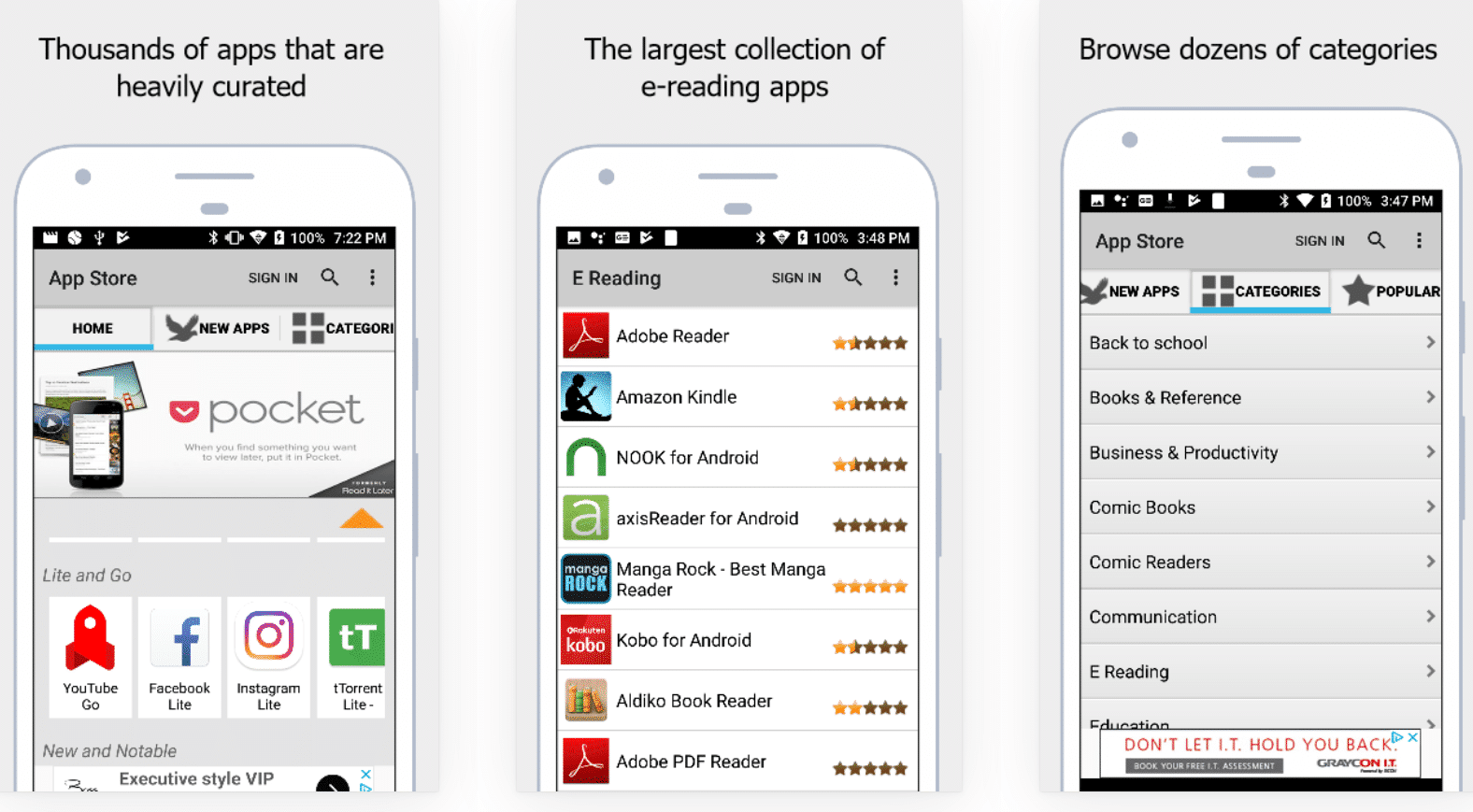 The Good e-Reader Android and Blackberry App Store had a few serious bugs in the past few weeks and users were unable to download content on the web or via our Android and E Ink app clients. This occurred during our transition from the old server to the new one. We would like to announce that all of the apps are downloading properly once again.

The App store was launched in 2011 and from the very beginning we focused on housing the largest collection of content that was geared towards readers. This includes a robust collection of comics, ebooks manga, newspapers, magazines, webtoons and a whole lot more. Currently our library is around 95,000 apps that have been vetted and curated.

We also have proprietary scripts on the site that allow you to convert Android apps to Blackberry compatible ones, it is as simple as uploading the APK and it will automatically spit out a signed BAR file, which can be sideloaded on the Playbook and any Blackberry 10 enabled device.

Good e-Reader is the first App store that has developed an E Ink optimized experience. The Android app was built from the ground up to have no animations or transitions that would slow down the overall experience. Apps can be installed with one click, and registration is not required.  Many Android e-readers come preloaded with a few stores that have only a dozen apps or Google Play, which is slow and sluggish. The Good e-Reader App store for E Ink is compatible with all Android e-readers running 4.04 or above.  We also have a fully animated version that looks glorious on smartphones or tablets.