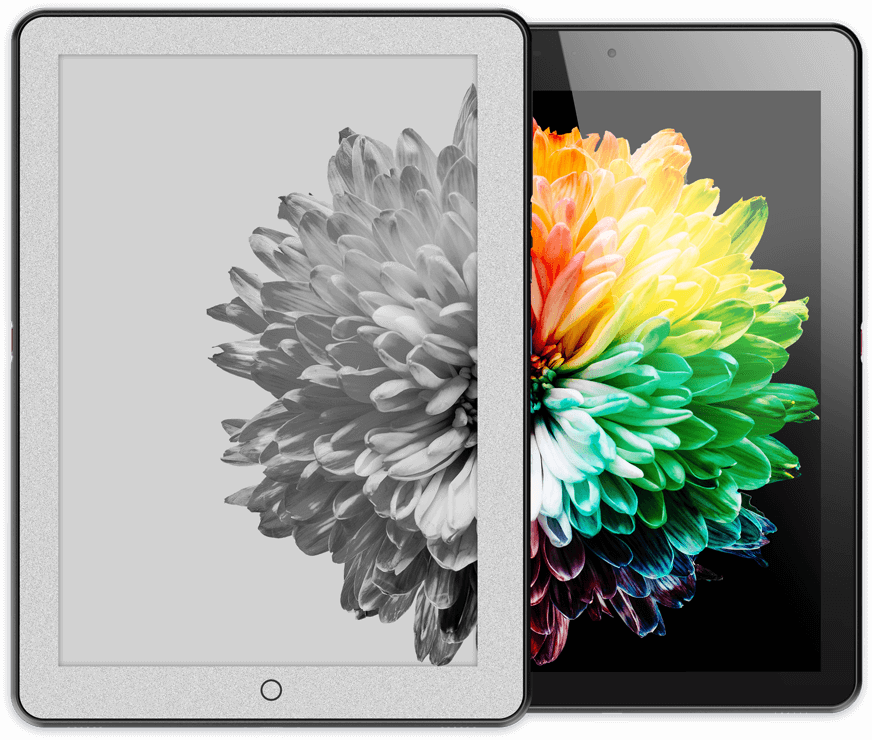 Good e-Reader broke the news in March that Wisky was developing an e-reader that had two screens, one would be E Ink and the other would be a full color LCD. The company has developed a prototype, which they have just debuted at on their website.

The Wisky EPad X features a 9.7 inch LCD display with a resolution of 1536×2048 and on the back is 9.7 inch E Ink Carta HD panel with a resolution of 1200×825. Underneath the hood is a MT8176 six-core processor, 2GB of RAM and 32GB of internal storage. If you are unhappy with the amount of storage, there is an SD card capable of an additional 64-128GB. There is a WIFI+USB+HDMI+Mailbox transfer document system and USB-C. You can listen to audiobooks or music with the dual speakers or via Bluetooth headphones. It is powered by a giant 5000mAh battery.

Eewrite says the tablet supports a Wacom digital pen with 4096 levels of pressure sensitivity, so in addition to reading eBooks and other documents, you should be able to jot notes, draw pictures, and annotate documents. They also stated that only one screen can be on at a time, and a button cycles between the LCD screen and the E Ink one.

This device will be available soon on a crowdfunding platform, it is likely it will be introduced once their E-Pad campaign has wrapped up.