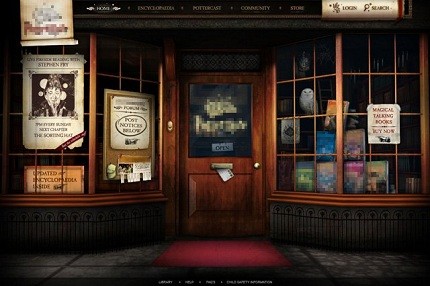 The wait is finally over and the speculation can be put to rest. All seven books in J.K. Rowling’s Harry Potter series, along with the audio downloads, will be made available today through her world building site, Pottermore. This marks the first time the ebooks are available—legally, that is—to the fans.

This was actually Rowling’s original intent when Pottermore was created and the plan was to release each book in succession, one at a time. Instead, the focus shifted towards turning Pottermore into a unique experience on its own merit, with the release of the ebooks waiting in the wings until Rowling was satisfied with Pottermore.

During the long wait for the ebooks, a lot of rumors circulated about where the books may also be available, and that has also been determined. While Amazon, Barnes&Noble, and some other sites will be able to feature the ebooks, they will only be available through Pottermore. Once the purchase is made, the user can then put those ebooks on their personal e-reader devices, regardless of brand. This may be the first time that the major retailers have enabled transactions in which customers go through their branded sites and then are redirected for the purchase. Interestingly, Pottermore publishers and Apple were unable to reach an agreement about the ebooks and audio downloads and therefore, the ebooks will not be featured in the iBookstore. Other retailers such as Kobo were also left out of the official launch, but the CEO of Pottermore, Charlie Redmayne, assures that this is simply due to the limitations of the manpower during the launch; further deals will be signed with other ebook providers very soon.

The English version—as ebooks and in two different audiobook versions, one for the UK and one for the US—will be available immediately, with foreign translations coming soon after.