You are here: Home / e-Reader News / Here is a preview of the Mobiscribe e-reader 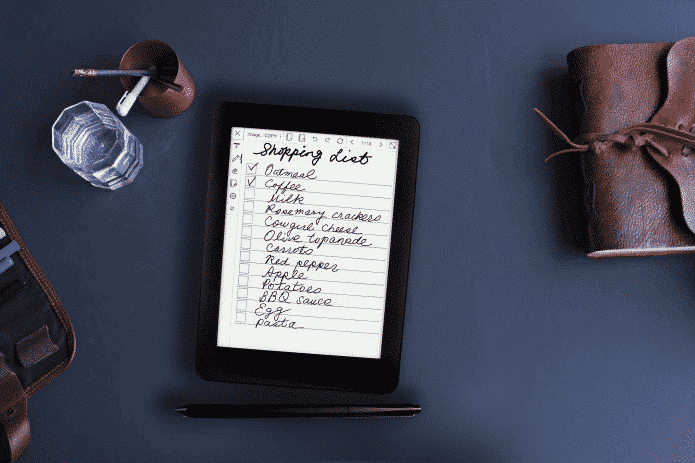 The Mobiscribe e-reader has been an Indiegogo sensation and the company behind it has raised over $622,000 in capital. The device should be shipped sometime in May for early bird backers and another big batch should be available in August. Good e-Reader has received a review unit in our studio and would like to provide you all with an unboxing and first look.

The Mobiscribe features a 6.8 inch E Ink Carta HD with a frontlight. It has both a capacitive and Wacom touchscreen, giving you the option of using either your fingertip or a stylus that supports 2,096 levels of pressure sensitivity.

Underneath the hood is a 1GHz Freescale CPU with 512MB RAM and 8GB internal storage. It also has a microSD card slot and wifi, and you can change the color temperature of the frontlight and is powered by a 1500 mAh battery.

The Mobiscribe runs Android 4.4, but does not have Google Play or an app store of any kind.