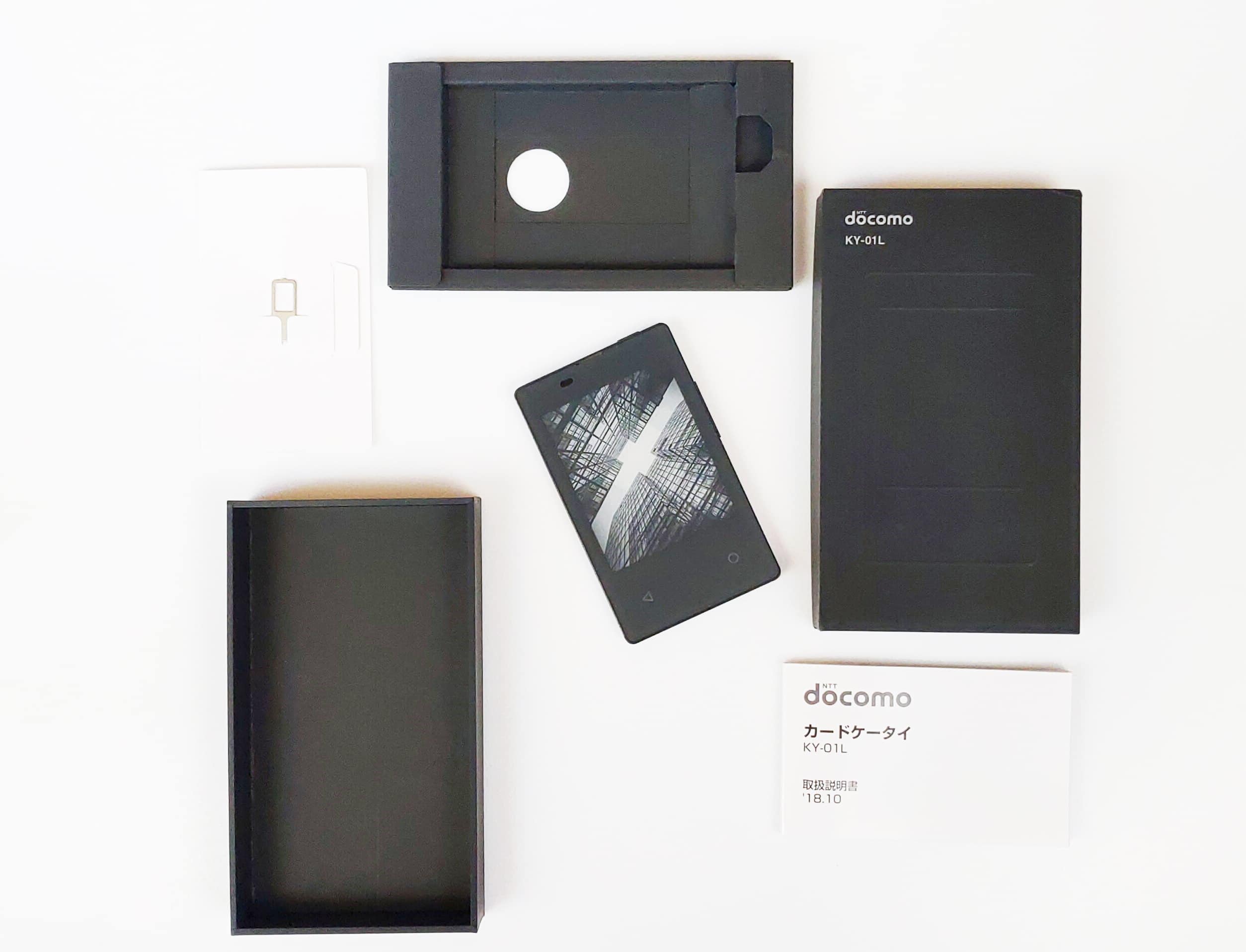 We have been waiting to our hands on this phone for years. The only way to really get it until now was to buy a new smartphone in Japan and they will throw the Kyocera KY 01L Card Keitai in for free with select two year contracts from Docomo. It looks like this is now available from 3rd party resellers and today we would like to give you a sense of the unboxing experience and what it brings to the table.

This is a very minimalist phone. It has an internet browser, settings menu, contact list, messaging client. It is perfect for someone going through a digital detox or something you would be comfortable giving your small child, to call in emergencies and doesn’t need to be charged every day.

The retail box has a black color scheme. On the front of the packaging is an outline of the phone, to scale. It also mentions the model name and Docomo. The side of the box has the serial number and IMEI. Inside of the box is a wall charger, USB cable and warranty information, but it’s in Japanese. Although the phone itself can be changed to English.

The whole phone is also black. The screen is flush with the beszel. On the front of the device are soft keys for back and home. On the right hand side are the volume up and down buttons, on the top is a power button and sleep button. On the left side is the Nano Sim port and there is a loop for accessories. There is a mic on the bottom and a speaker, also a Micro USB port.

It is designed very well, and unlike any other E INK phone we have ever seen. It basically feels big in the palm of your hand.