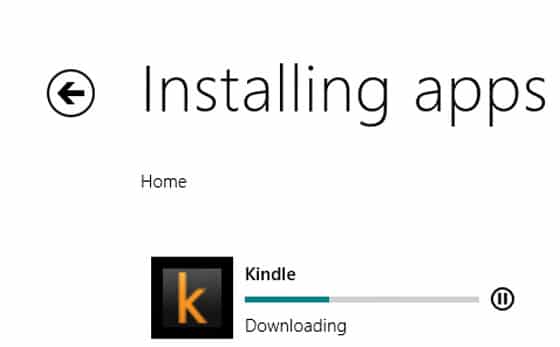 Microsoft is taking the rare step to manufacture hardware to showcase its new touch friendly iteration of Windows 8, featuring Metro. The company famously has not done well in the hardware sector with the Zune Music Player competing against the iPod and their “Kin” smartphone. With two tablets set to be released in the coming months, how will it function as a dedicated e-reader?

MicroSoft Surface has two different versions, one that runs Windows RT and one that runs Windows 8 operating systems.  Microsoft has announced that different versions will be available featuring ARM and Intel CPUs and the display is a 10.6″, 16:9 widescreen HD Display (Surface), or Full HD Display (Surface Pro). For the CPUs, the Surface with Windows RT will use an Nvidia Tegra 3 CPU. The Windows 8 Pro Surface will utilize an Ivy Bridge Core i5 quad core chip like the chips in current Windows laptops.

The Microsoft tablet will basically bridge the gap between a tablet and an ultrabook.  They will be accessories offered such as two keyboard covers, the Touch Cover and Type Cover. Both, when folded up, serve as protective covers that connect to the Surface via a magnetic connector. When opened, the covers are keyboards. The Touch Cover is 3 mm in thickness and has a touch-sensitive keyboard and multi-touch trackpad. The Type Cover is thicker and includes a more traditional keyboard. Both also include a multitouch touchpad. You can picture it very much like the Asus Transformer lineup of tablets that have the ability to function as a productivity app.

Since the new Microsoft tablets will be running Windows 8, this means many of your favorite apps will run but many are not touchscreen optimized. Three major companies will be issuing Windows 8 reading apps on launch day – Amazon, Barnes and Noble and Kobo.

Amazon was the first company to work on a touchscreen optimized version of its Kindle and book store. It was released in March 2012 and is currently available for all beta testers. It allows you to buy and read books. Reading books will allow you to optimize a two page view, page turn animations, margins, linespacing and changing your fonts. There is also a live tile that will appear on your home screen, showing you the last few books you have read, and will allow you to easily open up the current book you are reading by clicking on the tile.

The Kobo Reading app was bundled with the original Comsumber Release version of Windows 8. Built using HTML and Java Script, Kobo’s app offers a personalized, secure and central destination where people can manage their entire Kobo reading experience. Using Kobo’s desktop application, consumers can instantly access their library and download their purchases directly to their tablet to read offline later, without an Internet connection. The Kobo app also enables users to shop for eBooks through the integrated Kobo eBook Store and download content to their desktop to easily build and manage their library.

Barnes and Noble was Microsoft’s partner of choice! MS invested almost $300 million dollars into the company to make it their flagship eBook reading and bookstore. There is no word yet on the actual application development or what type of features will be present in the app. The main reason of this partnership was to tap into the extensive ecosystem of cookbooks, kids books, enhanced books and others to market globally.

e-Reading on the new Microsoft Surface tablet looks very good with all of the major companies setting up an application infrastructure for customers. The best aspect of Windows 8, is that it is not fragmented like Android, it will not have tons of different iterations. Windows 8 will have a desktop version and the same one will be ported to their tablets. It is an appealing platform for developers because there are not a ton  of different versions.