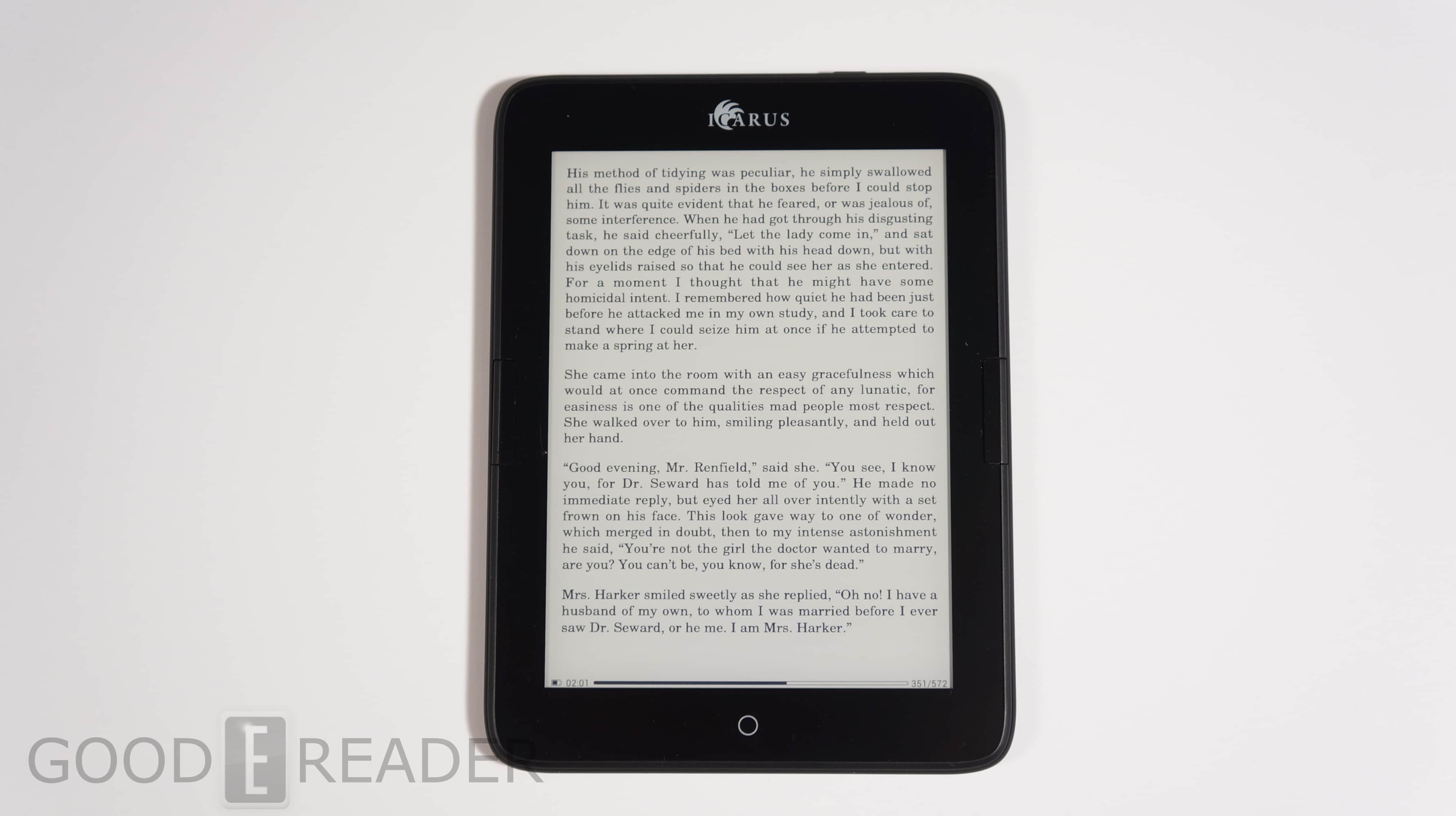 Icarus has debuted two new e-readers in 2016, one is the six inch Illumina and the other is a giant 9.7 inch display that can only be interacted with via stylus. Today we are going to take a look at the entry level Illumina and see if it is worth the investment. 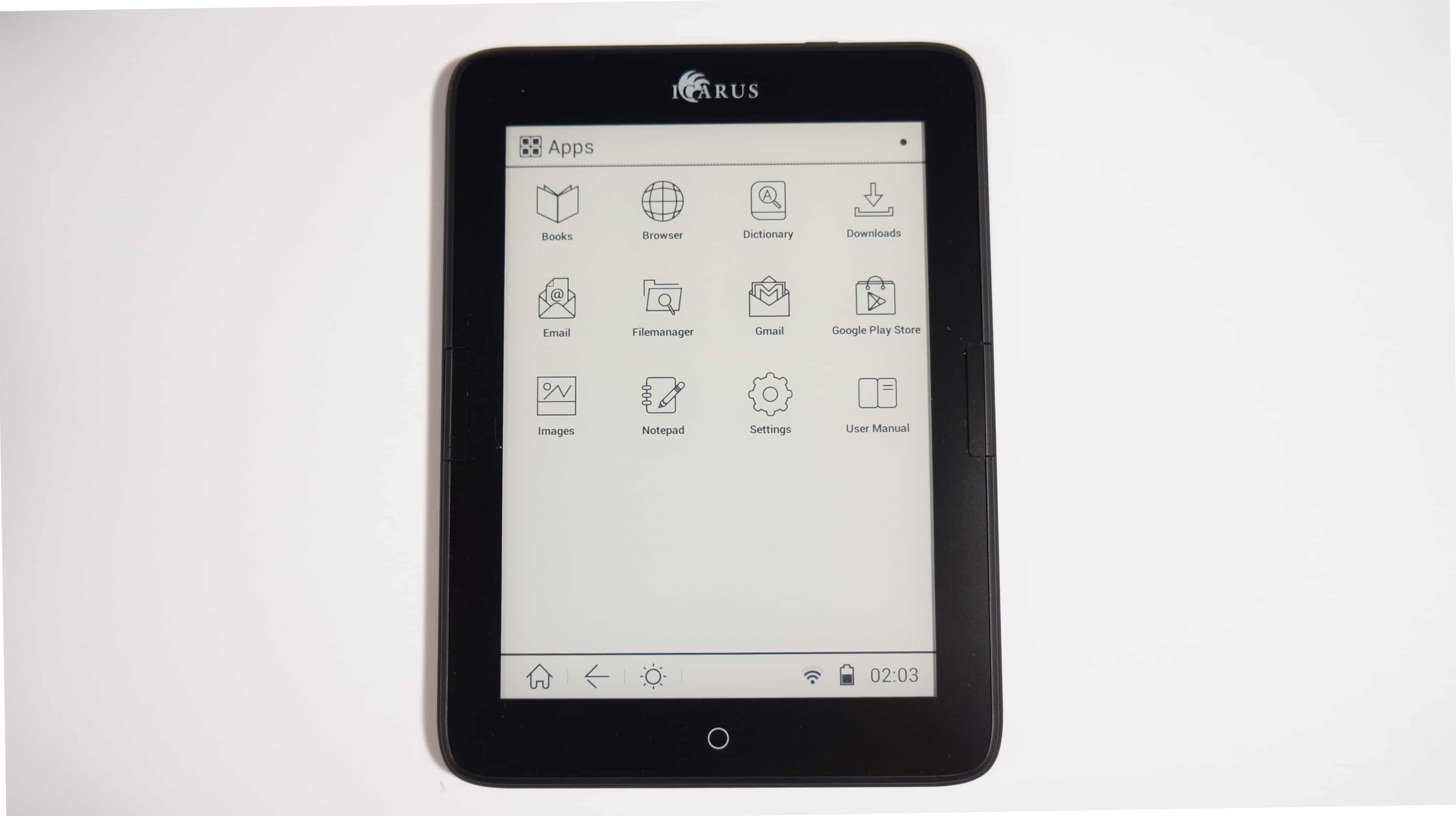 The 3rd generation Illumina features a six inch capacitive touchscreen display with a resolution of 1024×768. This is certainly not very acceptable by 2016 standards, as most popular e-readers on the market have 1430 x 1080. Underneath the hood is a 1 GHZ processor, 512 MB of RAM and 8GB of internal storage. If this is not enough memory to suit your needs there is an SD card that is capable of 32 additional GB.

The Illumina comes with an integrated front light powered by 8 LED lights that brighten the screen from above. The light enables comfortable reading during the day and at night. The brightness can be adjusted and the light can be switched off completely as well. In dark environment we recommend to use only moderate levels of brightness in order to keep the contrast pleasant to the eyes. The highest light settings can be used in light environments to increase the ‘whiteness’ of the screen.

The Lithium Ion battery has 40% more capacity (2800 mAh) than its predecessor (E653BK). On a full charge you can read thousands of pages.

The Illumina has physical page turn buttons that work great with the stock e-reading app, but many of the Android apps you will install do not support these buttons. Speaking of Android, this model is running Jellybean and is bundled with the Google Play App Store.

This new Illumina certainly brings a lot to the table and hits all the key points. Day or night, you can read, you barely have to charge it, it’s small, current, and produced by a company who’s been in the e-Reader game for years. Icarus e-Readers have always in some way employed audio capabilities which I really wish they built into this. Audio is about one of the only complaints I have with this device. But having no-restriction-built-in Google Play certification certainly does make up for that. You have Millions of apps at your fingertips.