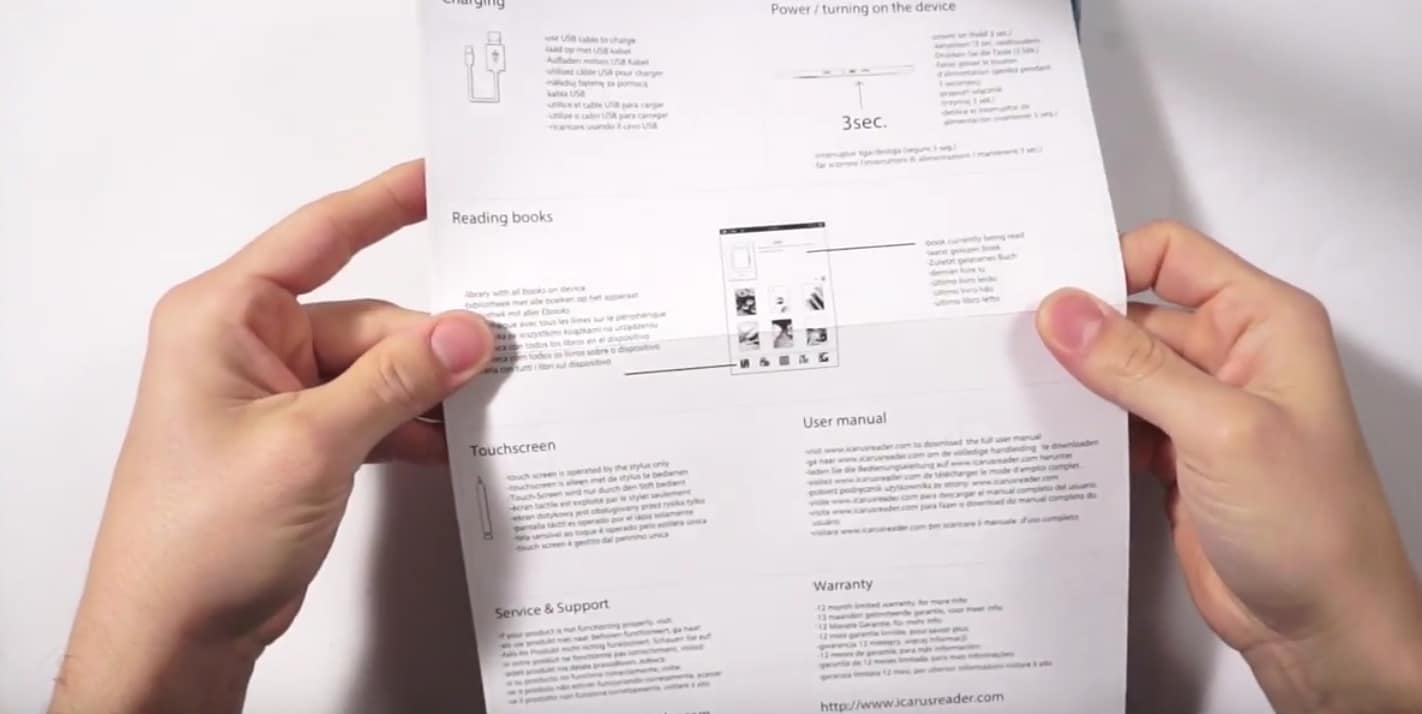 The Icarus Illumina PRO 9.7 inch e-reader came out a few months ago and it is likely one of the best devices the company has ever made. It features an E-Ink Pearl HD screen and has a resolution of 1200 x 825 pixels. The electromagnetic touch screen can be controlled with the stylus and you can make notes, highlights and annotations. It has a built in front-light, which means you can read e-books at night and it runs Android ICS and has full Google Android support.

One of the drawbacks about this device is that it does not have a touchscreen, which means you can only interact with it via the stylus. The Onyx Boox Max is another e-reader on the market that has a similar problem with finger gestures. On a positive note, it does have physical page turn buttons.