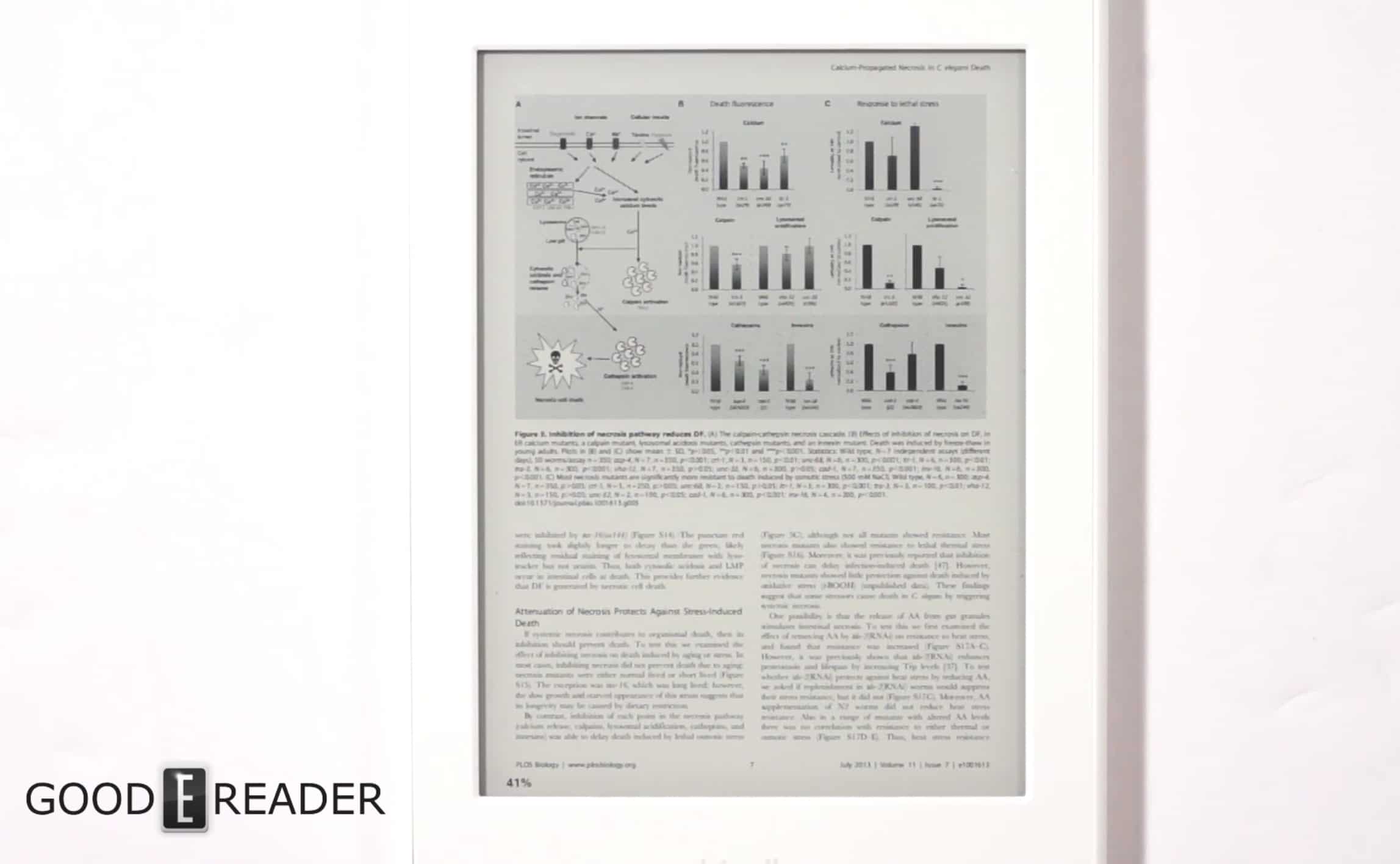 The Amazon Kindle Manga Model is only available in Japan, but it features a number of hardware and software enhancements that will eventually be available in North America. The main draw about this e-reader is a concept known as page skimming, but the fast page turn speed also applies to e-books and PDF files.

The vast majority of users claim that RAM and processor power are the two most critical elements about giving a solid PDF experience. This is technically incorrect, because as Amazon has demonstrated you can optimize everything on a software level to increase rendering speed. Amazon managed to do this by taking elements out of A2 mode, which is a series of API libraries to increase performance. Normally A2 mode on its own is very susceptible to ghosting, where previous pages of text cumulatively start to overlap on each other. It looks like Amazon has solved this program in regards to fast page turns on e-books and also PDF Files.

The video below demonstrates a technical PDF file being read on the Kindle Manga Model. I bet you will be utterly shocked about how robust the entire experience truly is.