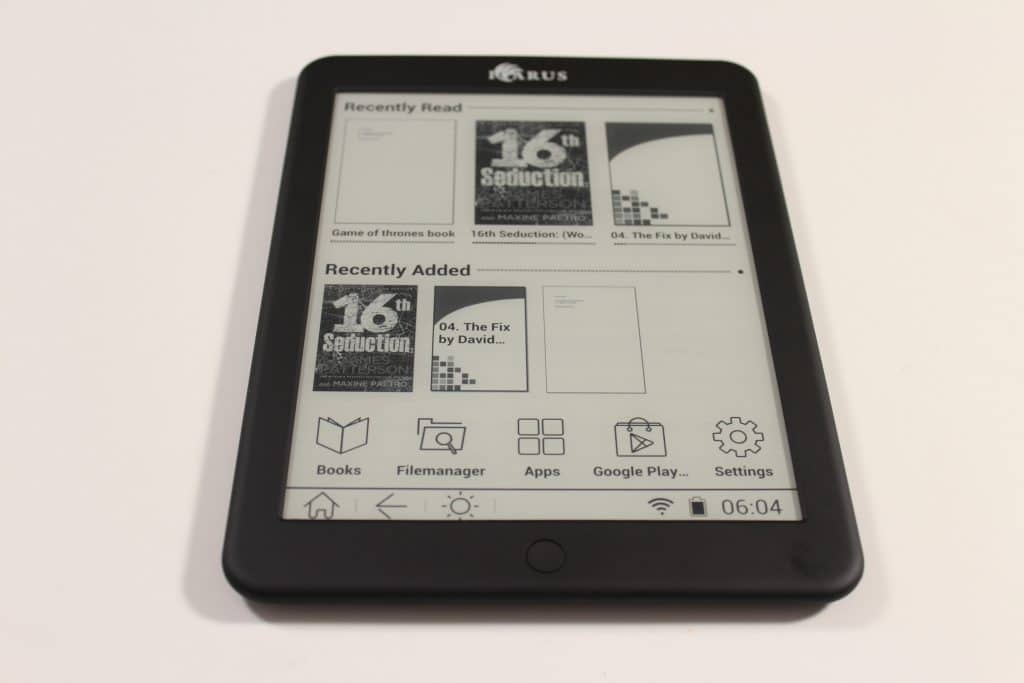 Icarus has released a brand new e-reader that might be the best one they have ever made. The screen is the perfect size for digital reading and Google Play allows users to install any app they want. This device has the perfect blend of screen size and hardware performance. 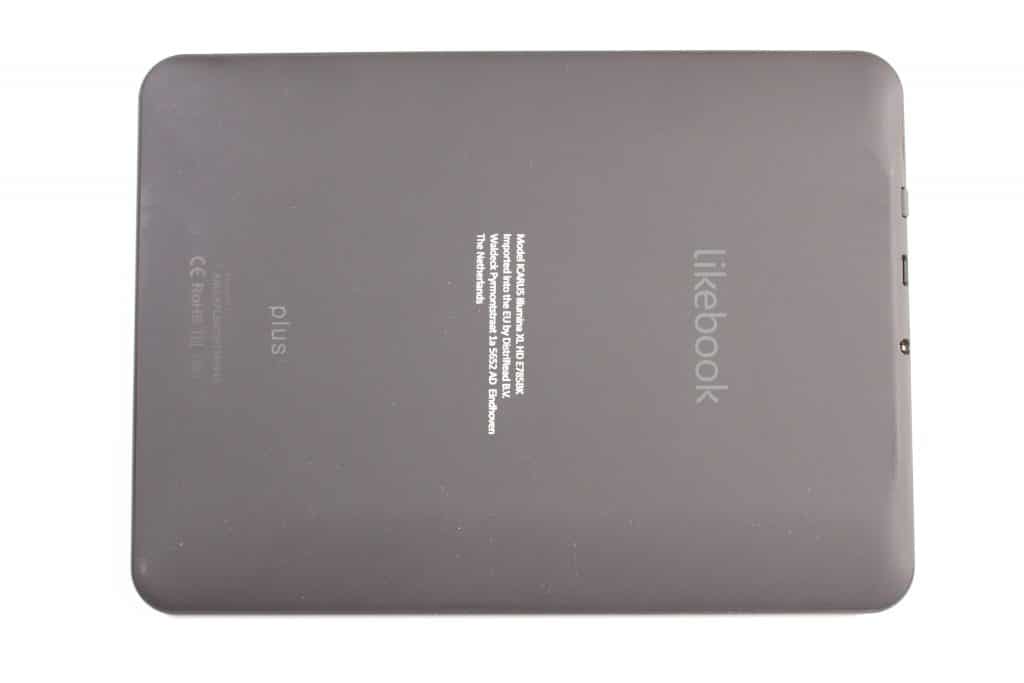 The Icarus XL HD features a 7.8 inch E INk Carta display with Regal Waveform. The resolution is 1404×1872 and 300 PPI. Underneath the hood is a 1.8 GHZ processor, 1GB of RAM and 16GB of internal storage. It also has a 3.5mm headphone jack that you can use to plug in a pair of headphones or speakers. If you prefer to go wireless this device has Bluetooth.

The front-lit display is glorious and it has 10 LED lights which evenly distribute light across the screen. We review a lot of e-readers and normally we can tell exactly where the LED lights are positioned, due to light spillage from the LED lights, the Icarus is the exception. It was challenging to determine exactly where the LED lights were, because the lighting system is really polished. When you first turn the front-lit display on, it has a pale blue hue. After around five minutes the screen tends to warm up and the light is vibrantly white, a real pleasure to use. Unlike a bunch of other e-readers on the market the front-light on the XL can be completely turned off.

The XL HD has a number of hidden features that make it easy to use. It has an A2 mode that allows you to quickly use apps that employ animations or to scroll around on the internet. A2 mode basically degrades image quality to increase performance. You can turn it on or off by clicking the WIFI button on the bottom of the screen.

One thing I noticed when Peter and I conducted our unboxing video was the retail packaging. Almost every single Icarus e-reader came in a retail box with a picture of the device and specs on the back in many different languages. The XL HD came in a nondescript recycled box with a black and white picture of the e-reader in black and white. I don’t know if Icarus is scaling back or trying to cut costs, but it is worth mentioning because it is really out of the ordinary that they packaged it in this manner.

This e-reader employs a 2800mAh battery and should last around two weeks of usage. If you tend to run Android apps, it will likely drain quicker due to the constant state of refreshing. The dimensions are 145 x 200x 9mm, 275 gr. and it retails for $299. 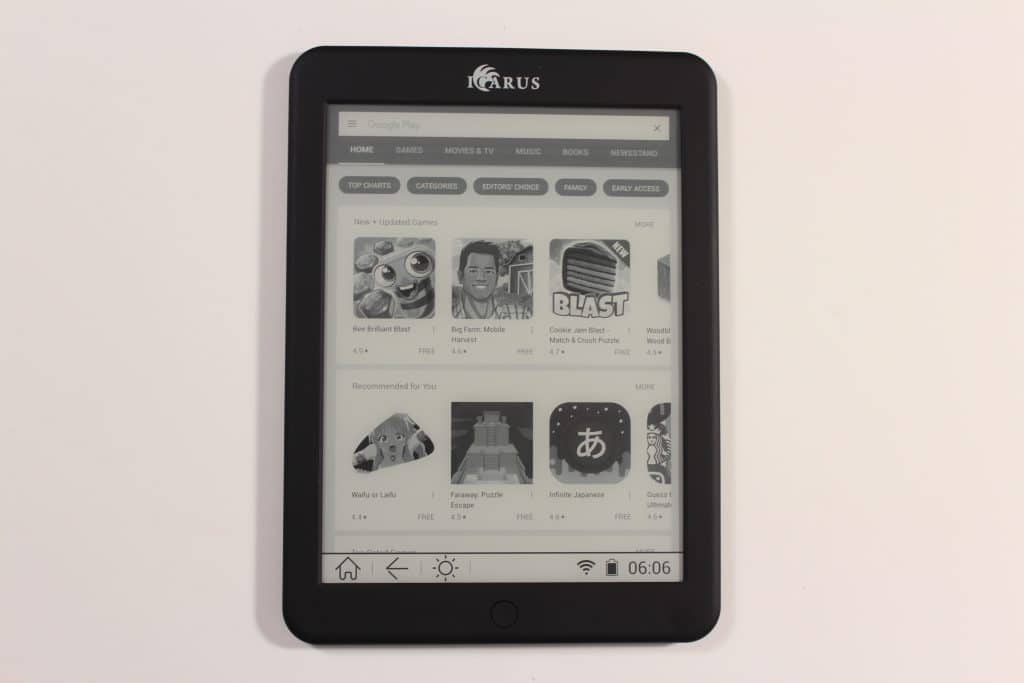 The Icarus XL HD is running Android Jellybean, which is 4.2.2. There is a ton of e-readers on the market that also run Android, but they tend to be running 4.0.4. The Icarus downloads apps via Google Play and is compatible with most audiobook, e-reading, music and podcast apps.

The main UI comprises of your library, documents, apps and settings. I found that the library function is not working, although there were e-books in the main root folder. Whenever you add an e-book to the root it appears on the homescreen under “Recently added.” Any book you open will also appear on the homescreen.

The settings menu is fairly basic. The only thing of note is being able to adjust the refresh rate when you are reading an e-book. They have numerical values from 1-10 and the ability to completely turn off full page refreshes. I would not recommend shutting it off or you might encounter ghosting.

There are a number of bugs with the software, but nothing that cannot be fixed with a simple firmware update. When you click on Library, none of your e-books appear there. When you are reading an e-book and click on a word to look it up in the dictionary; nothing happens. You also cannot implement A2 mode unless you are on the homescreen, it does not turn on on any other menu. 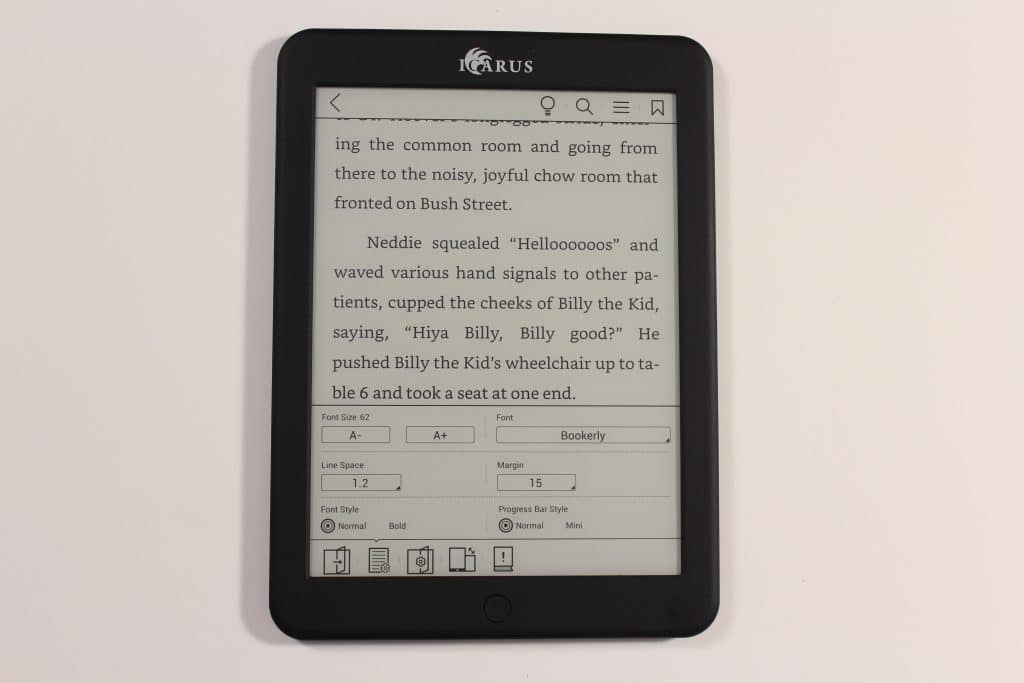 The Amazon Kindle and Nook keep changing fonts, linespacing and margins very simple. They have a few options you can employ, nothing that would confuse your average user. Icarus tends to do things differently with their stock e-reading app. They utilize the points system for increasing the size of the font or the linespacing. They start on 1.2 and can go upwards from there, there is no slider bar.

There are a ton of fonts that are preloaded on the stock app and there is no way to add additional fonts. There are around 35 different fonts and when you change the size of the font the new settings appear live on the screen. The vast majority of the fonts that ship on the XL HD is that they are mostly old Android font. One of the big problems with old Android fonts is that they were not designed for super high resolution screens. Google actually addressed this issue with the advent of Literata, but it is only available via the Play Books app and is not available for most apps. The sole high resolution font that Icarus employs is Bookerly, which was made famous because the Amazon Kindle uses it as their default font when they abandoned Caecilia.

Page turn speed on the Icarus is fine, it does a better job than most. There is no lag or performance degradations. Things tend to take a turn for the worst when you download and install most e-reading apps from Google Play. Amazon, Barnes and Noble, Kobo, Scribd and many others have animated page turns on their apps and there is no way to shut them off. Most people use these apps on their smartphone and tablet and it looks really good, on an e-reader though, animations tend to suffer. Whenever you use the Kindle app to turn a page, you have wait around a second and a half for the pageturn to be completed. Wattpad doesn’t even work on the Icarus, because their app works on an infinite scrolling system and there is no inertia. You literally have to scroll upwards for every new line of text that you want to reveal.

One of the big problems in the e-reader industry is that there is no compelling enough reason for any app developer to make an E-Ink version of their app. Android enabled e-readers are on the extreme fringe and a company like Amazon or Kobo would likely not recoup any development costs associated with making an e-ink version of their flagship Android app. This is why people often purchase e-readers that have a built in store and built in e-reading app, instead of a brand like Icarus. You buy a Kindle or a Kobo because those companies developed an e-book reading experience that works in conjunction with their own digital bookstore. It is in their best interest to constantly refine the E-ink experience and offer new features to get people to buy whatever new model they are selling. Icarus on the other hand merely sells the hardware and leaves it up to the user on where they want to buy or download their digital content. On one hand is liberating, but on the other all of the apps you would download from Google Play are not optimized for e-paper displays and involves a ton of experimentation on what works and what doesn’t. 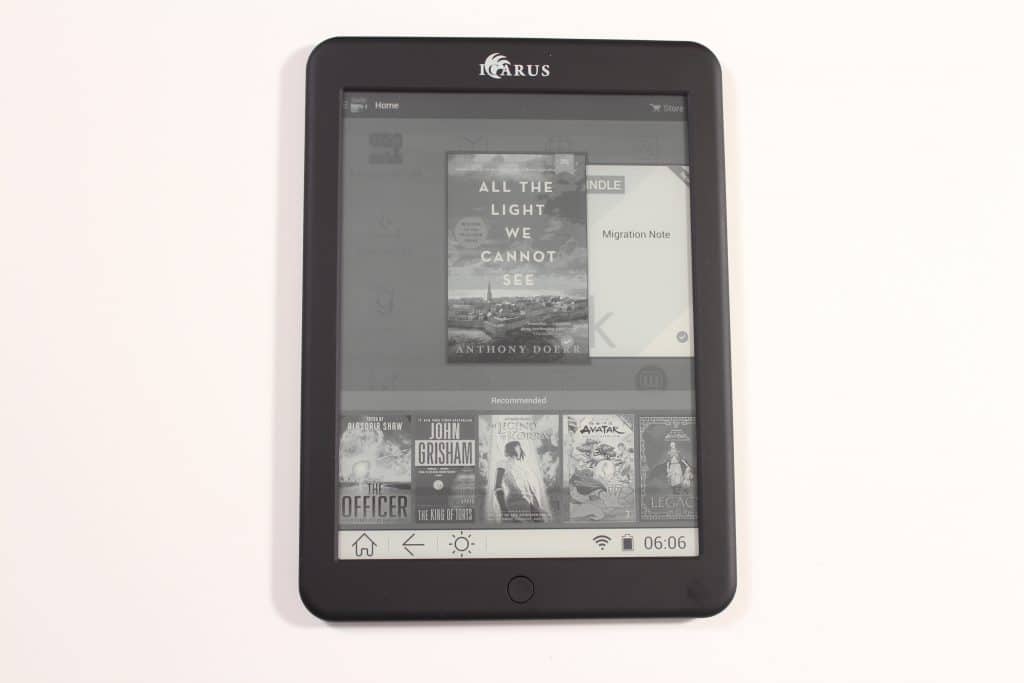 The XL HD is the best e-reader Icarus has ever made. The processor and RAM make most tasks speed along, without any discernable lag. You can listen to audiobooks or music via the 3.5mm headphone jack or utilize Bluetooth. The screen is large and the front-lit display is really solid.

Icarus has been developing e-readers for over six years and have a loyal fanebase. The brand is not super popular in North America, but they are based in the Netherlands and are fairly well known there.