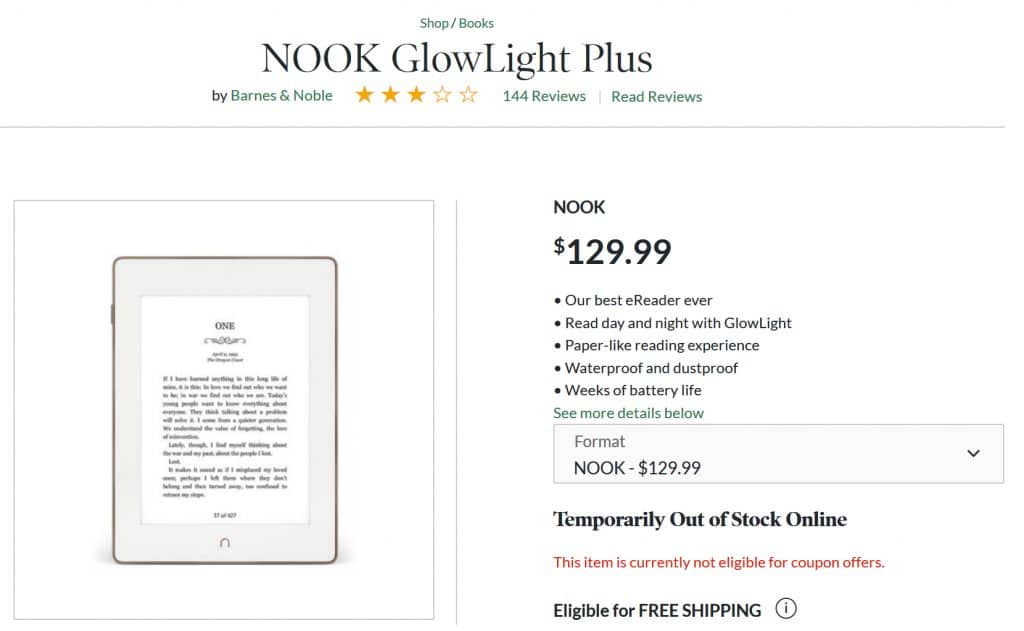 Barnes and Noble has quietly discontinued the Nook Glowlight Plus. The bookseller is only selling refurbished models on their website and many of their retail locations are no longer carrying the e-reader. Normally when something like this happens it is an indication that a new device is on its way but the CEO recently stated that they are getting out of the tech business.

The Barnes and Noble Nook Glowlight Plus has been on the market for over two years and it was the best e-reader they ever released. The front-lit display was amazing and you could easily purchase e-books, magazines and newspapers. This was the first Nook model to incorporate Readouts, which features author interviews, previews on new and upcoming books. A few weeks ago B&N enhanced this system with serialized fiction. A revolving library of content is featured both on the home screen and in the Readouts section itself, new content is updated daily or weekly.

It remains to be seen if Barnes and Noble will produce another Nook e-reader from Netronix, which has been their manufacturer since they started making e-paper devices. I would say no, simply because in the past few months the entire Nook e-reader and tablet section has been moved to the back of the store and they shut down the Nook tech support forums. It really does look like the Nook is dead.