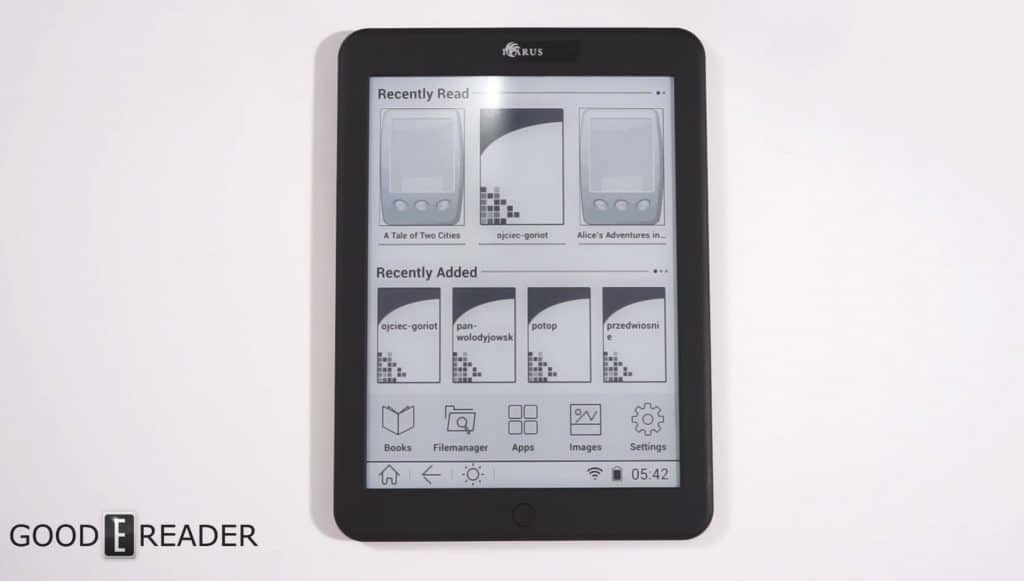 The Icarus XL HD is a brand new 7.8 inch e-reader that we previewed a few weeks ago. According to the company they are going to be shipping out orders that were placed on their website and their Indiegogo crowdfunding campaign this week.

I am bullish on this device and it might be the best e-reader that the company has ever produced.  The Icarus XL HD features a 7.8 inch E INk Carta display with Regal Waveform. The resolution is 1404×1872 and 300 PPI. Underneath the hood is a 1.8 GHZ processor, 1GB of RAM and 16GB of internal storage.  It also has a 3.5mm headphone jack that you can use to plug in a pair of headphones or speakers.

The front-lit display is glorious and it has 10 LED lights which evenly distribute light across the screen. We review a lot of e-readers and normally we can tell exactly where the LED lights are positioned, due to light spillage, the Icarus is the exception. It was challenging to determine exactly where the LED lights were, because the lighting system is really polished. I would say it is on par with the Kobo Aura One and the Kindle Voyage in this department.

One of the biggest things going for the Icarus XL HD is Google Play. It allows users to easily install apps that are compatible with Android 4.04. Android apps are notoriously flakey on e-readers, you want to avoid anything with animated page turns.

This e-reader retails for $199 and is available now and I think it is a viable product. You can listen to podcasts and audiobooks. The Kobo Audiobook store is compatible with this device, as is Audible. There is plenty of e-book options, from popular e-book apps to serialized fiction from Harlequin or Wattpad.