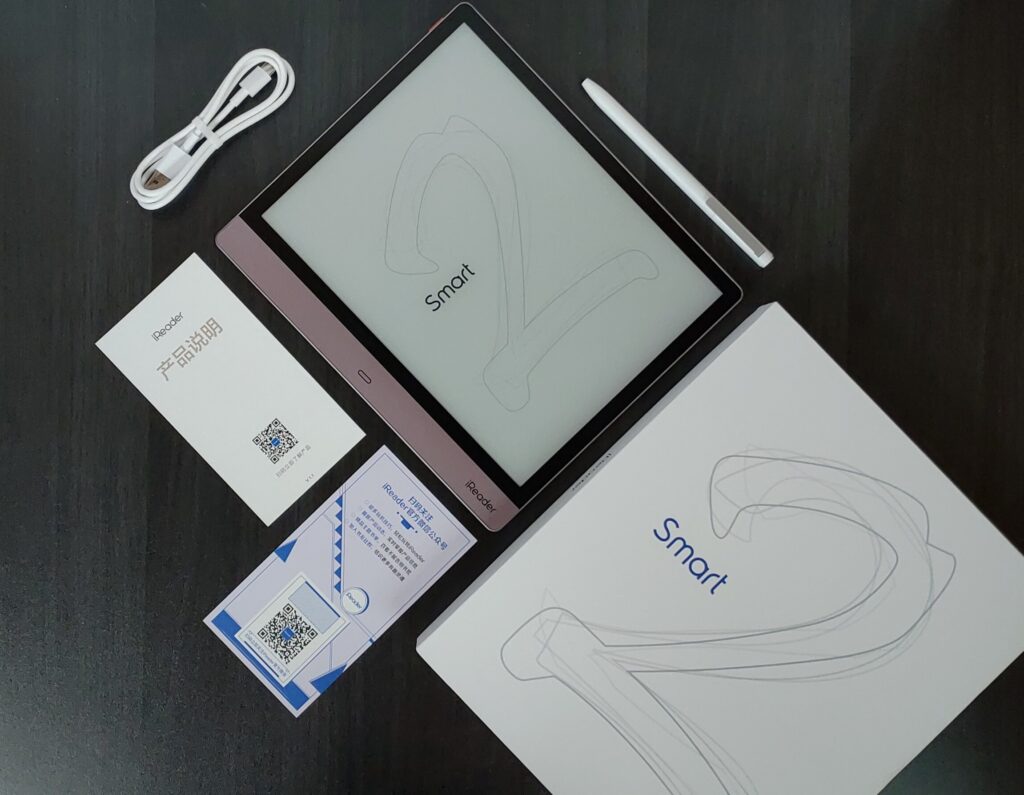 The iReader Smart 1 came out in 2018, but it failed it to get any traction. The company is hoping that their second generation will do better. It features a 10.3 inch E INK Carta HD display with a resolution of 1872×1404 with 227 PPI. It features 28 LED lights with a combination of white and amber, this gives you a bright white front-lit display during the day and an option to mute it at night.

Underneath the hood is a quad-core high-speed processor, 2GB of RAM and 32GB of internal storage. It is powered by a giant 4,000 mAh battery and can be recharged in your MAC/PC via the USB C port. it also has dual speakers and Bluetooth 4.0 to attach wireless headphones or an external speaker. You can connect up to the internet via WIFI.

This being an e-note, it was designed to freehand draw, edit PDF files or make notes. It has a WACOM screen and comes with the new iReader X Pen, which recently won the Good e-Reader Award for best stylus for cross platform capability. The screen is capable of pressure sensitivity with 4,096 levels. It also has palm rejection technology.

The Smart 2 is running Android, but I am not sure what version it is running. It has the iReader UI 4.0 skin, and you cannot install apps. The UI and everything else is in Chinese, with no English settings. The company has confirmed with Good e-Reader that they are working on an English feature that will be pushed out as a firmware update for all of their devices by the end of the year, or early next year.