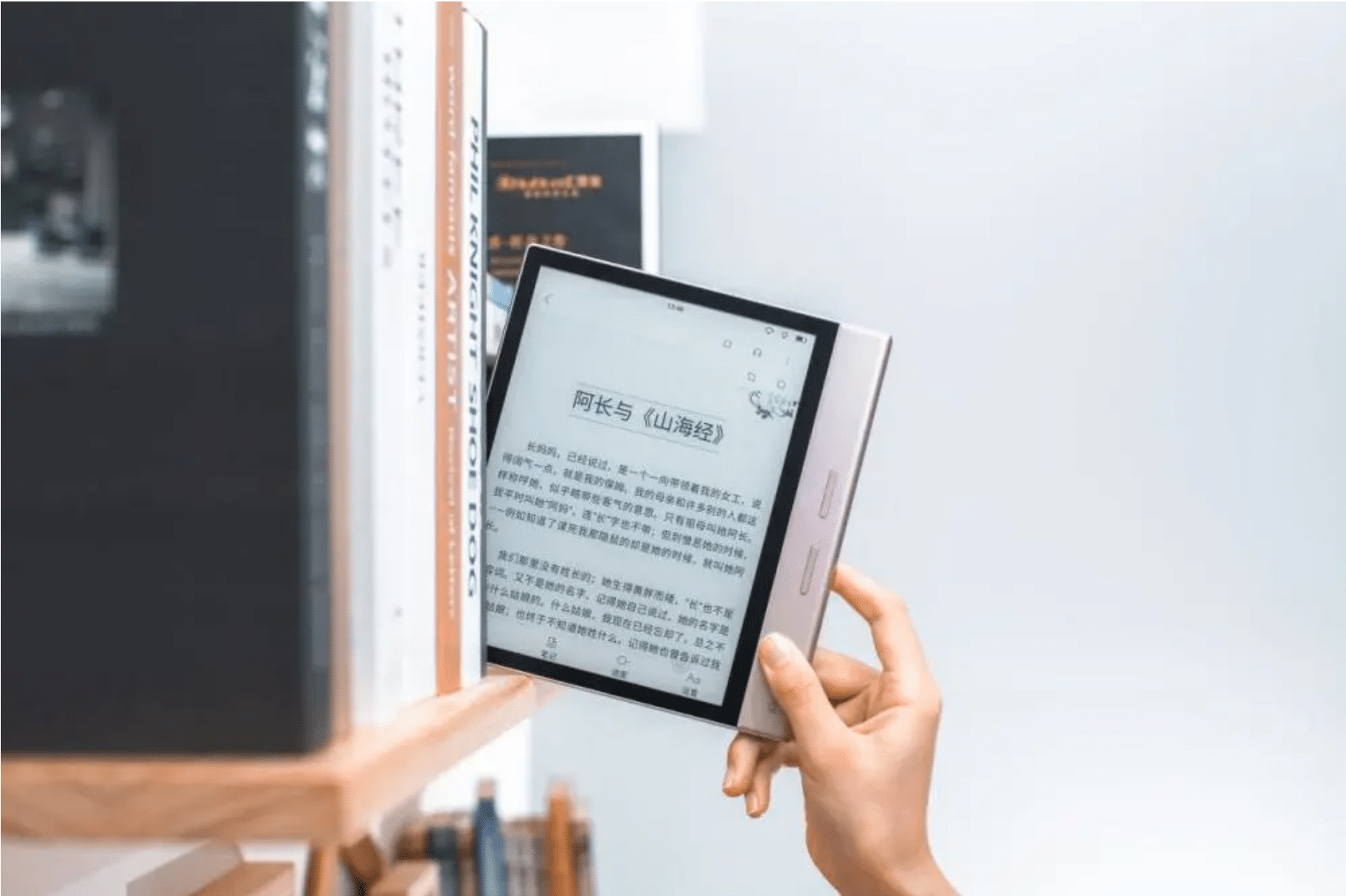 iReader is going to be releasing a brand new e-reader, that has the same design as the Amazon Kindle Oasis. Unlike the Kindle, the XS Pro has a WACOM layer and ships with a stylus, so you can take notes, edit and sign PDF files. It is also running Android, but it is currently unknown if you can sideload in your own apps. Compared to the Kindle, the iReader has a faster processor, more RAM, but is a bit heavier.

The iReader XS Pro features an E INK Carta HD capacitive touchscreen display with a resolution of 1920×1440 with 300 PPI. It has 28 white and amber LED lights, so you can read in the dark and get a nice warm light effect. The screen is made of glass and is flush with the bezel. It also has a WACOM layer, and comes with a great iReader pen. It has a dedicated note taking app, with enough features for freehand drawing, creating to-do-lists or editing PDF files.

Underneath the hood is a octacore processor, 2GB of RAM and 32GB of internal storage. It has two microphones for the AI assistant, which will read ebooks aloud. It also has Bluetooth and WIFI. It is powered by a 1800 mAh battery and the dimensions are 177.2x161x4.3mm and weighs 210g.

There is no word yet on what version of Android it is employing, if you can sideload in your own apps, or what languages it will support. The vast majority of iReader devices are only in Chinese and sold in China. It will cost $437 USD and will be available later this month.