You are here: Home / e-Reader News / Is Barnes and Noble Poised to Issue a New Tablet this Fall? 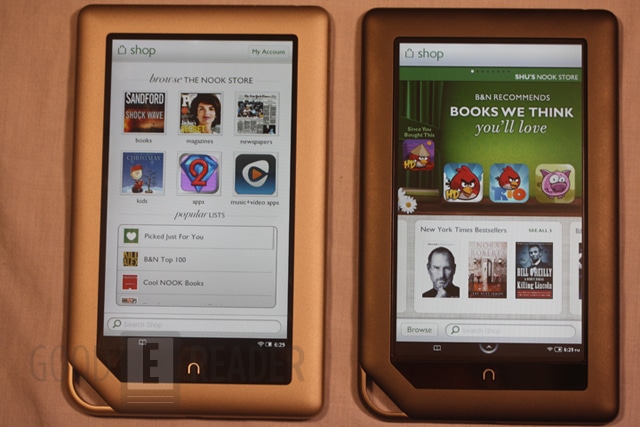 Barnes and Noble might be in the late stages of bringing out a new 7-inch model that features “revolutionary screen technology.” The Nexus 7 is doing tremendously robust sales and Amazon is poised to release the second iteration of the Kindle Fire within the next month, Barnes and Noble has their work cut out for them.

Sources today have told CNET that “Barnes & Noble will continue to focus on the “reading experience,” adding new features related to that mission, but the Nook Store would also be expanded with additional media options, including some not seen before on a tablet. The source couldn’t tell us specifically what those options were, but given that the Nook lacks the sort of dedicated music and video store found on the Nexus 7 (Google Play) and Kindle Fire (Amazon video and music), that seems like an obvious avenue for an updated Nook.”

Barnes and Noble is obviously due for a new tablet and has been releasing a new model every single year. Realistically they might bring it into the market by November. The most interesting aspect of this news item is what screen technology will they be using? Will a big name company finally use Pixel QI or will Mirasol find a North American distribution partner? What about Plastic Logic or Samsung Liquidvista? Using either of thesecompeting technologies would bridge the gap between e-reader and tablet.