You are here: Home / Business News / Is Digital Magazine Company Zinio Looking for a Buyer? 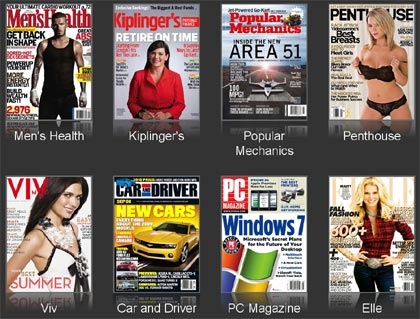 Zinio continues to be one of the largest digital newsstands on the internet with content available on Android, iOS, Blackberry, and many more. The company is feeling the pinch of Apple’s Newsstand and competing services from Barnes and Noble and Amazon. Fortune Magazine  is reporting today that the company might be for sale.

The San Francisco-based company has hired investment bank Montgomery & Co. to manage the process, with one source saying that the company is seeking between $50 million and $100 million. No idea yet if there is buy-side interest at that price.

Originally Zinio did brisk business when the Apple iPad first launched. Sources within the company told us that they had developmental models months before it launched and Apple had courted them as a launch partner. Years later, Zinio continues to be one of the all time downloaded apps on the App Store.

They say imitation is the most sincerest form of flattery, but not if you lose money. When Zinio first started selling digital magazines they did not have very much competition and allowed them to expand at a rapid rate. When Apple introduced their newsstands as a bundled part of iOS, it cut deeply into the revenues of Zinio. Amazon and Barnes and Noble then launched their own services which comes pre-installed on every e-reader and tablet they offer.

Zinio continues to be most peoples favorite app of choice due to the wide array of content and the low prices. Magazines on the new iPad have been optimized for the retina display and look amazing.