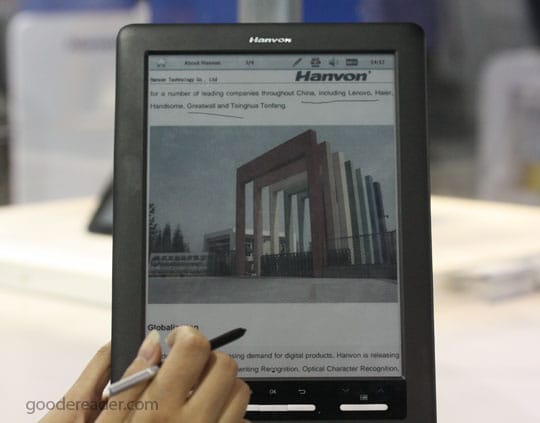 The Jetbook Color is officially up for pre-order via Ectaco and you could get one of the worlds first color e-ink readers for the low price of $500! Seems rather expensive and many people will not bite on this price point, but it does pack a ton of value in many different sectors that may make it viable.

This new device from Ectaco is the re-branded Havon Reader with firmware developed exclusively for the English and Eastern European markets. The Jetbook line of e-readers are very popular outside of North American because they are normally localized in over 15 different languages. Most of their entire e-reader lineup feels dated and we have reviewed every single device they have ever launched. We first got our hands on the Hanvon Color e-reader at CES earlier on in the year and not much as changed on the hardware front.

So should you invest in this reader? It depends on what you use it for.  It uses e-ink Triton which is color e-ink and would be perfect for education, textbooks, manuals and technical documents. e-Ink technology is found in popular e-readers such as Kindle, Nook, Kobo, Bebook and many more. It also features a capacitive touch screen and resolution of 1600×1200. The unit is powered by a Freescale 800 MHZ cpu processor and uses WI-FI to connect to the internet. It also has a built in accelerometer to switch between landscape and portrait mode. If you need a 9.7 inch device that is on par size wise with the Kindle DX and Pocketbook 902, you may want to buy this. It ships January 18 2011 and is available to order right for for $500.00.