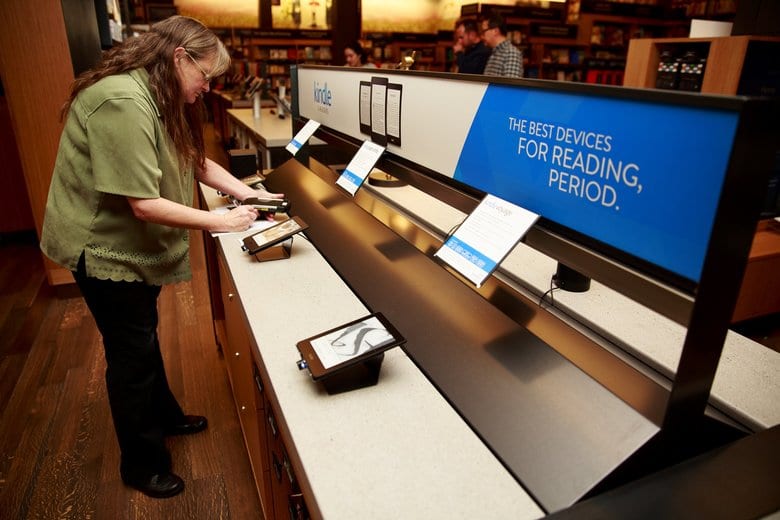 Amazon released their second quarter results last week and the company experienced a 51% decline in operating income compared to the same period last year. Total was $38.0 billion and operating income was $628 million, down from $1.3 billion in the second quarter of 2016. Many investors were shocked at the dramatic decrease in earnings, but there is a silver lining.

Sales of retail products, which include print and digital books as well as a host of other items, increased 16% in the quarter. Revenue from subscription services–which includes fees associated with Amazon Prime as well as with audiobooks, e-books, digital video, digital music and subscription services saw a 52% increase and generated $2.16 billion. Meanwhile the AWS unit experienced a 42% increase in revenue in the quarter and made a staggering $4.10 billion.

Brian T. Olsavsky of Amazon during an investors call said that they were focusing on physical bookstores as being a key driver. “On the place of physical, again, as I mentioned in the earlier question, we are experimenting with a number of formats. You’ve seen the physical bookstores and I would say that the benefit there is again, we have a curated selection of titles and it’s also a great opportunity for people to touch and feel our devices and see them, especially the new Echo devices. I went into the store in Seattle last week and I saw about a third of the people were standing around the device table learning how they work, how they interact with devices. So, I saw firsthand the customer experience, I think, that’s what we’re seeing as a benefit to the physical stores right now.”

He went on to say “I don’t want to shortchange the rest of the bookstore and the ability to have curated selection and the creativity we’ve had in taking new look at the bookstores. So we are experimenting with different formats, and we look at different sizes and we look at revenue cost per square foot just like any other physical retailer. So, we haven’t essentially nailed the model yet, and we continue to experiment to see what works and how it differs by city or more suburban locations.”