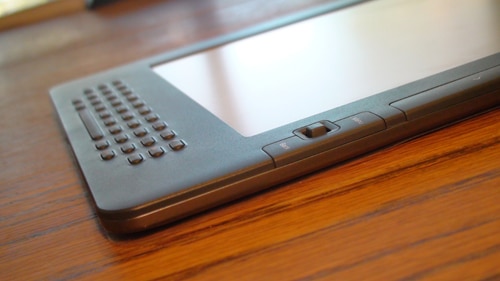 The Amazon Kindle DX has gone through a few iterations since it was initially released May 6, 2009. It featured a 9.7 inch e-Ink screen that mainly appealed to people who read complex PDF documents or need a bigger screen. In 2010, the international edition was released to over 100 different countries and the Kindle DX Graphite was issued in July of 2010.  The Graphite was the company’s flagship large screen reader with better contrast and an accelerometer to automatically switch the orientation. The hefty price-tag and unwieldy nature ensured that it would never garner the mass market appeal that Amazon had originally envisioned. Today the company removed all official product listings from the website and the only way to purchase one is via third parties.

One of the biggest drawbacks on owning a Kindle DX was the lack of features implemented via firmware updates. There hasn’t been a single new update issued in almost two years and many people saw the six inch line take all the glory. With the advent of  the Kindle Fire and Kindle Fire HD line of e-readers and tablets, there is no reason to continue selling the DX. Amazon has never disclosed whether it will introduce a follow-up, and it is extremely unlikely that they will ever release another e-reader larger than six inches.