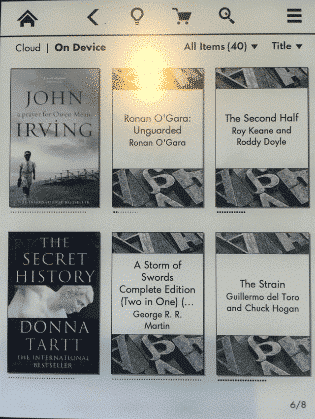 Amazon pushed out a new firmware update for most Kindle e-readers last month and since then there has been a bug with sideloaded ebooks losing their cover art. This is because the Kindle seems to be trying to cross check your book with their Kindle Store data and is failing because your book is loaded in and does not have a ASIN value. A generic cover art image is then put in place, instead of the original. This also occurs when the book is self-published on another store, which Amazon does not have an ASIN or free ebooks from TOR.

Calibre is one of the most popular ebook management tools for sideloading content on your e-reader. The company has addressed the missing cover art with a new version of the program. Calibre 4.17 included the fix the metadata issues and the cover art will be restored. This update was released a couple of days ago and already there is a new version 4.18, which has a number of improvements. If you are sideloading in your ebooks with another program or using Windows Explorer, to simply drag and drop, or sending the ebook to your Kindle email address and are a victim of missing covers, I suggest to use Calibre as a quick fix.