You are here: Home / e-Reader News / Kindle Freetime Unlimited is not working due to a major bug 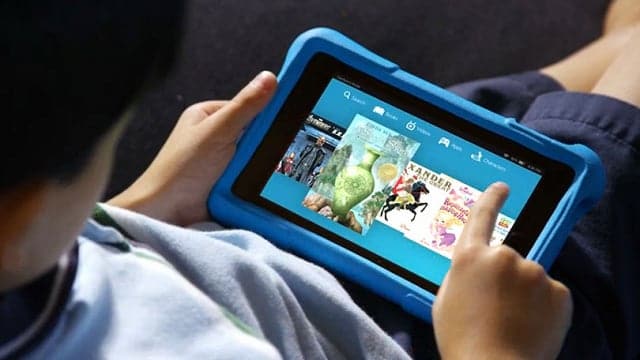 If you have a Kindle Fire for Kids tablet or a subscription to Kindle Freetime Unlimited there is a major bug you need to know about. Thousands of parents are reporting that their kids accounts are not staying registered. There is also another bug that is asking parents to input a password, where no passwords exist, so its impossible to even use the tablet.  Amazon is aware of the problem and said a fix is going to be available sometime next week.

Here are some of the customer complaints pertaining to the Freetime Unlimited issue.

“All 3 of my kids kindle fires are messed up. 2 of them unregistered themselves and one just won’t open anything, books, apps, videos,games. I deleted some files for one kid today because she got the error message that her memory was too full. And it wouldn’t let her log on to the WiFi. Then we shut it off and turned it right back on and it had wiped all 3 kids profiles. It shows my profile but only factory preloaded content. And it won’t accept my password to unlock the parental controls. One of my kids uses her device to take notes on. Lots of data gone?”

“Woke up to deregistered kindles this morning. Kindle HD 8.9 & Kindle 7. Both are for the kids and they use Freetime (not freetime unlimited). Re-registered but apps that use WiFi give error saying there is no internet. If the fix is going to take over a week then my prime membership renewal due in August should be free. Also freetime unlimited should be offered for free for a year due to inconvenience of losing all app data and progress. PS. Kindle HD 10 did not deregister but ever since Update last week my battery drains in less then an hour. Kindle was purchased less than 7 months ago and battery would last all day before update.”

“I powered up my son’s Kindle fire today and the only profile on it says “owner” and is requesting a pass code. It was working fine when he went to bed last night and no one touched it since then. It asks for a pass code, but since it isn’t my profile, I cannot unlock it”

Are you having a Freetime or Freetime Unlimited problem? Drop a comment below.