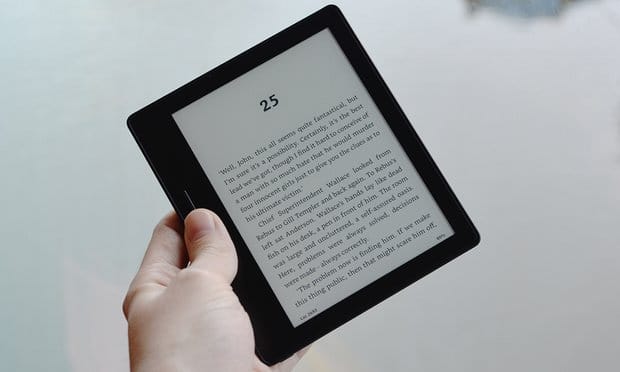 The brand new Amazon Kindle Oasis according to the FCC filings has Bluetooth and text to speech.  Amazon has not enabled either of these features yet, but I am hoping there will be a  future firmware update that would give users the ability to connect up wireless speakers or buy a case with speakers built into it.

The Kindle Oasis e-reader is the most expensive six inch device Amazon has ever released and retails for $359 with the case or $289 with Special Offers. Hundreds of uses commented on our various videos and our blog and said this e-reader would not suit their needs. Would this change if Amazon released a new case with a built in speaker or enabled Bluetooth?

The last Kindle e-reader to have audio enabled was the Kindle Touch that was released in 2011. The lack of audio support has been one of the main reasons why schools have not adopted Kindle readers because the National Federation of the Blind says that disabled people have no way to actually use the device.

Would you consider buying the Oasis if Amazon enabled Bluetooth or released a case with speakers?