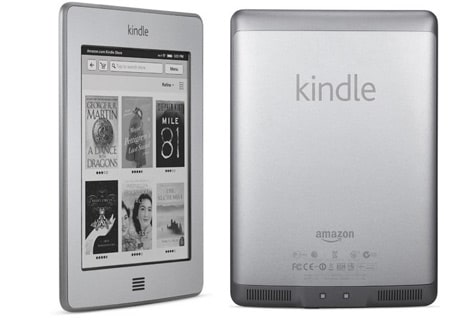 The Kindle Touch e-reader is now finally ready for its overseas trip. Those eager for the latest e-reader can place their bookings via the Amazon site, though only the the Wi-Fi enabled version is available, for now at least. The 3G enabled Kindle Touch remains off bounds and Amazon isn’t committing to a time frame as to when they would be ready with the international shipment for that as well. Cost of the Wi-Fi enabled Kindle would be the same USD 139, though duties and taxes are applicable depending on the country. The set will come with 12 months warranty.

However, for some reason that Amazon isn’t explaining yet, those in the UK and Germany will not be able to order Kindle Touch even though Amazon has an exclusive online presence in these countries. Maybe Amazon plans to distribute the Kindle Touch to people in these two countries via their local site, though the online retailer isn’t explaining this right now, either. Italy and France are among the other European countries that also won’t be among the beneficiaries of the Kindle Touch.