You are here: Home / e-Reader News / Kobo Aura One is Back in Stock on the Kobo Website 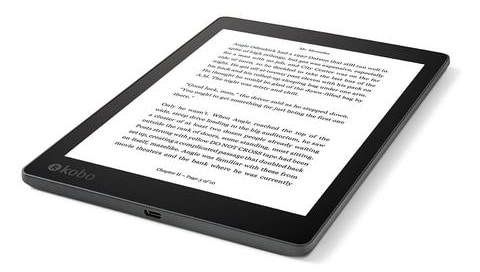 The Kobo Aura One e-Reader is back in stock on the Canadian and US version of the Kobo website in limited quantities. This $249 dollar device can be purchased right now, but is likely to be sold out again within a few days.

The Aura One is the first Kobo branded e-reader with a giant  7.8 inch screen and has a resolution of 1872 by 1404, which works out to a crisp 300 pixels per inch. The screen is completely flush with the bezel, which gives you a wider area to turn pages in e-books or pinch and zoom PDF files.

The Aura One is the first Kobo product that has a dedicated nighttime reading mode. This is supposed to make e-reading before bed less detrimental to your sleep patterns. Researchers have found that blue light suppresses the production of the sleep hormone melatonin more than any other light, so staring at an artificially lit screen at night can make falling asleep more difficult.

The screen color can be configured to automatically adjust, depending on the time of day. This will gradually change the color, so that by the time you’re reading at night, your e-book is lit by a warm orange glow.

The Aura One has been sold out on the main Kobo website since November and this is the first time it can finally be ordered again online. I would rush out and get one right away, there is no telling how long it will be available