You are here: Home / e-Reader News / Kobo Aura One vs Kindle Oasis 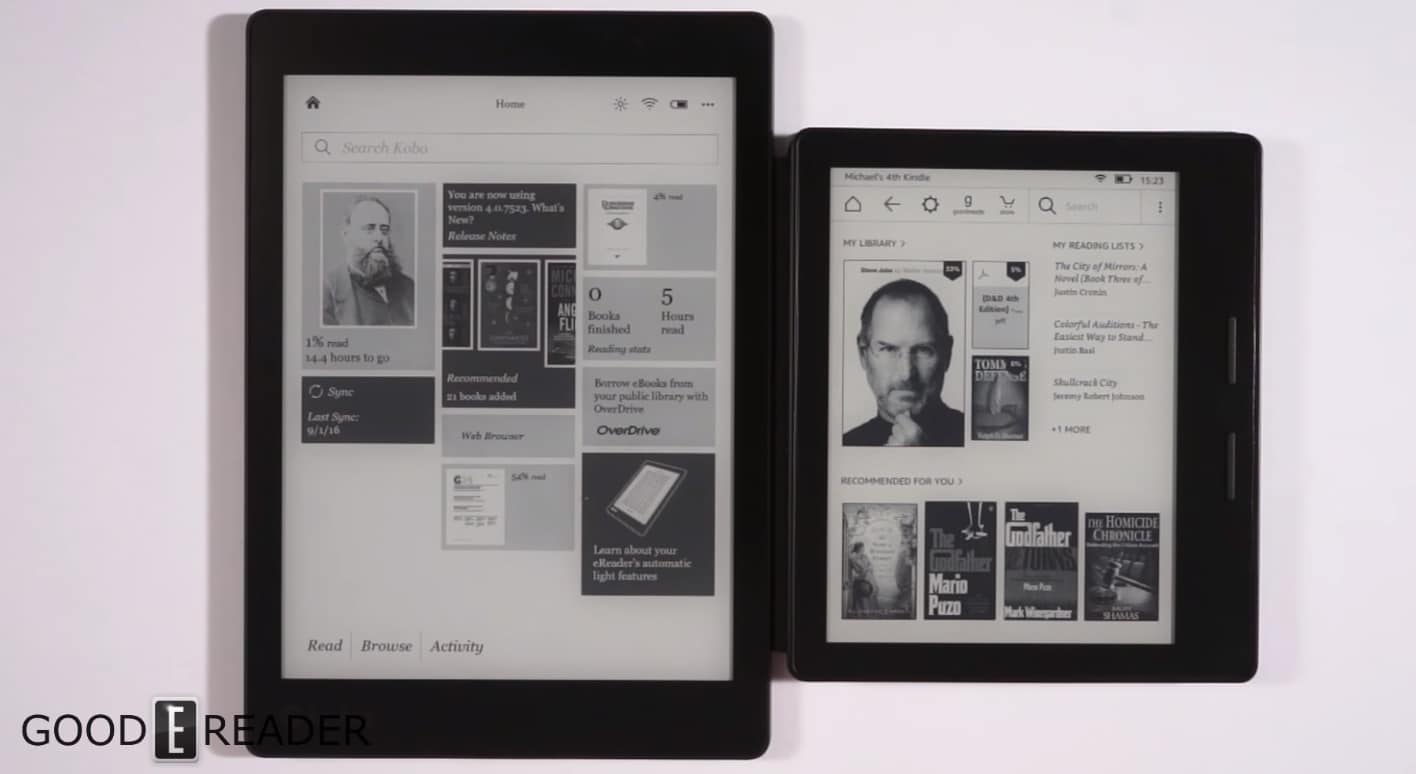 The Amazon Kindle Oasis and the Kobo Aura One are two of the most expensive e-readers in the world. The both bring different things to the table and today we will give you a solid seven minute video comparison that shows you how they both handle the same content side by side.

The Kobo Aura One has a much larger screen than the Kindle Oasis. The Kobo is 7.8 inches, while the Kindle is 6 inches. They both have different resolution, but the same amount of PPI, so the e-book reading experience is fairly similar. The one caveat is that the Kindle is better overall at reading PDF files, while the Kobo has better support for sideloaded fonts.

The Aura One has 17 LED lights that power the front-lit display – 9 white LEDs and 8 more RGB (red Green Blue) LEDs for the night reading mode. Meanwhile the Kindle has 10 white LED lights, I think overall the Kobo has a better lighting system.