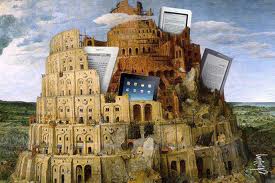 Michael Serbinis, CEO of Kobo, spoke to GoodEReader.com one-on-one in an interview at BookExpo America in May, and he was back in front of the reporters this past week to talk about the finalized developments in some of Kobo’s new frontiers.

The first is its expansion into a more global market, something Serbinis says was Kobo’s intent from the beginning. With its very recent German bookstore, Kobo has plans to move on in markets throughout Europe and South America. Despite the high percentage of English-language titles in its ebookstore, Kobo plans to expand that to meet the rising needs of digital book fans in other languages.

But Serbinis saved his most noteworthy comments for his impression of e-reader devices as an entity, not just as a Kindle or Nook or Kobo device. Speaking to Calvin Reid from Publisher’s Weekly, Serbinis stated, “The competitive bar for e-readers is very high. Touch is a rich experience and you can’t offer consumers less than a state of the art device. Price is also important.”

That’s an interesting statement given that the price point for e-readers across the board is still fairly prohibitive for many consumers, both in the U.S. and abroad. New devices are being unveiled that seek to bring that price to a more attainable level for many users, while still maintaining a high level of quality and offering enticing features. When rumors leak of new devices, such as the often flip-flopped rumors of a new Sony e-reader, price is always an issue.

As Kobo garners more and more worldwide attention, especially for its international reaches to Germany and to pick up Borders accounts abroad, one area of the popular platform that seems to be avoiding the spotlight is its self-publishing capability. Much like the Amazon’s Kindle Direct Publishing and the Barnes and Noble Nook PubIt! Platforms, Kobo offers indie authors the chance to bring their manuscripts to the light of day. However, Serbinis admitted that the current self-publishing feature of Kobo is a little more work-intensive than the other major platforms, which would explain why Kobo has forged such a nearly seamless ability to sell Smashwords’ titles. Plans to make the Kobo publishing platform more author-friendly are in the works.