USI 1.0 replaces proprietary approaches with a single solution allowing a stylus to be used across a wide range of touch-enabled devices, including phones, tablets, computing and entertainment platforms.  For the first time independent hardware vendors (IHVs), original equipment manufacturers (OEMs) and the software ecosystem can develop a new generation of active styluses that provide consumers a consistent, customizable and interoperable experience across make, model and form-factor.

“Our vision is of a single, active stylus capable of operating with all the devices that a consumer owns or uses in the workplace or at home. USI 1.0  makes this vision a reality by providing a next generation active stylus option that is an alternative to current proprietary solutions,” said Peter Mueller, chairman, USI.  “Intel, Google and 30 other global companies were involved in the development of the USI 1.0 Specification helping to ensure its marketplace acceptance and implementation.”

The global multi-touch screen market was valued at $6 billion in 2016 and is projected to reach $16 billion by 2023 according to analyst reports.  USI 1.0 is well-positioned for growth with Google Chromebook standardizing on USI 1.0 last year and Android accounting for almost 60 percent of tablet operating systems.  In addition, USI members Lenovo, HP and Dell, Inc., account for over 60 percent of  the global PC market.

“It’s been a ‘David vs Goliaths’ scenario for us since USI was established four years ago so we are excited to see the first wave of products using USI 1.0 launching in the market.  Due to the many benefits of an open standard and the strong support from our membership, we expect USI adoption will continue to grow,” added Mueller. 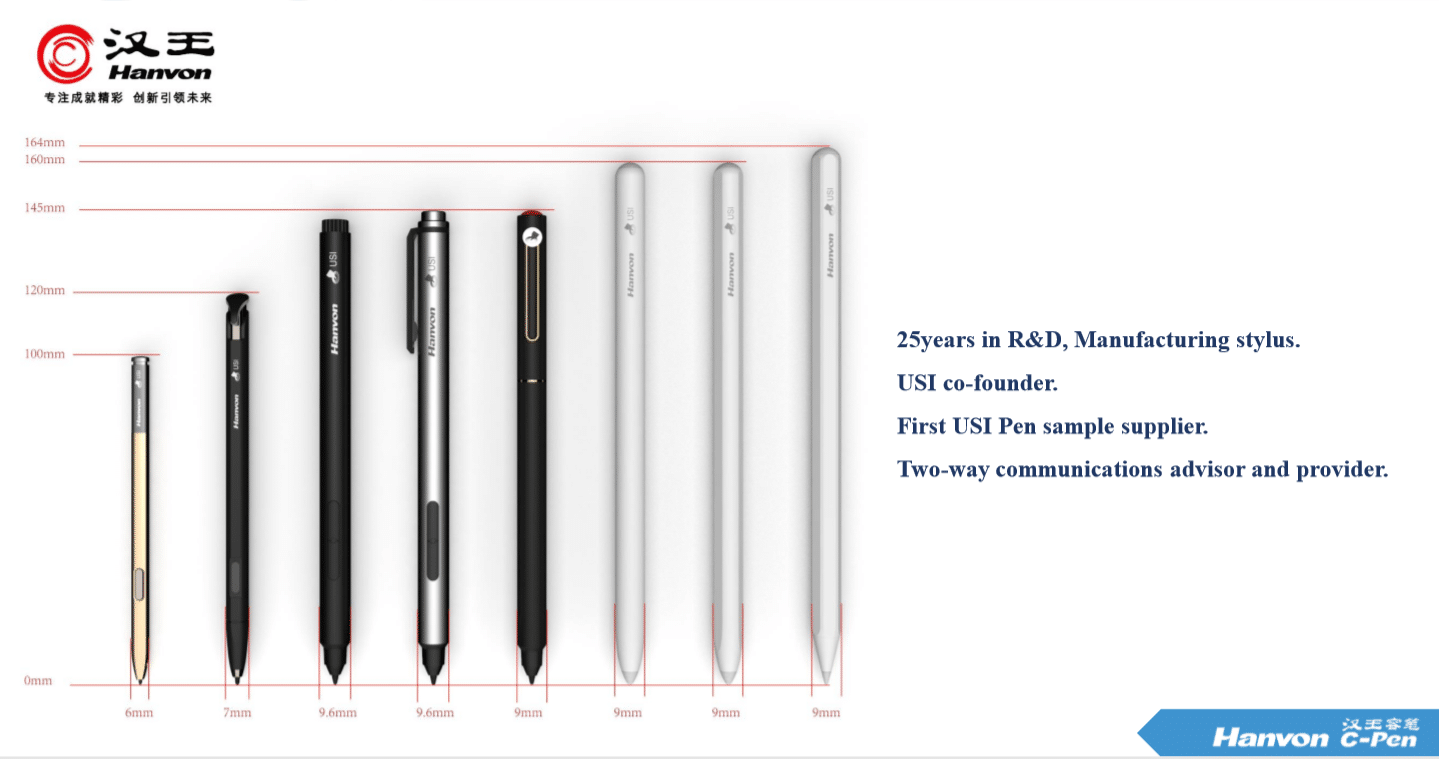 The USI 1.0 Specification defines a standard signaling mechanism and communication protocol between a stylus and a touch-enabled device. The 1.0 Specification features a robust two-way protocol designed from the ground up to support a rich set of base features including multiple, simultaneous styluses as well as extensibility for per-vendor customization and future usages.

Users will be able to use a single USI stylus across all of their USI-enabled devices and any USI stylus shipped with devices will work with other USI-enabled devices, even those from different manufacturers. Additionally, the USI 1.0 Specification also provides the capability to use multiple styluses from different manufacturers on a single device. This is a breakthrough capability and industry-first enabled by the USI 1.0 Specification.

An additional benefit of the USI standard is the ability to deliver a consistent stylus user experience across platforms. This consistency and ease-of-use, coupled with interoperability, increases the consumer appeal of an active stylus and will help proliferate the technology.