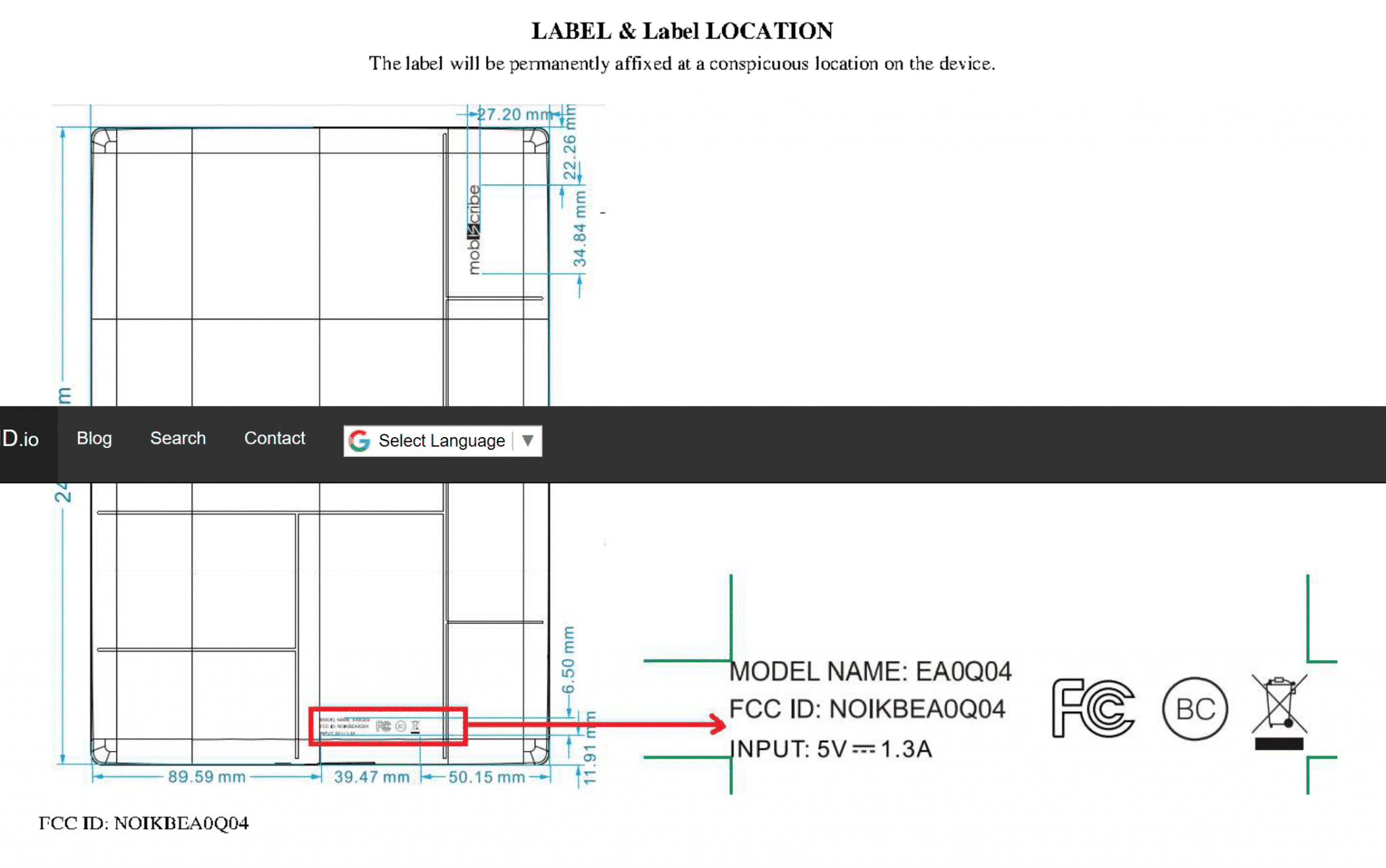 The Mobiscribe brand is owned by TeamUC, which is the North American manufacturer for Netronix. Netronix has just filed an FCC application for new 10.3 inch e-reader and Good e-Reader has confirmation that Mobiscribe will release a large screen digital note taking device that will have the same software as the Mobiscribe 6.8, which has been in the crowdfunding stage for the past few months.

The FCC has received an embargo request, so they are not releasing official specs or pictures of the product until October. This is quite normal for ebook readers and tablets, as companies do not want to give their competition too much information, so they release their own products.

TeamUC has been involved in E-Paper for over a dozen years and sells e-readers, digital signage and shelf labels for the US market.