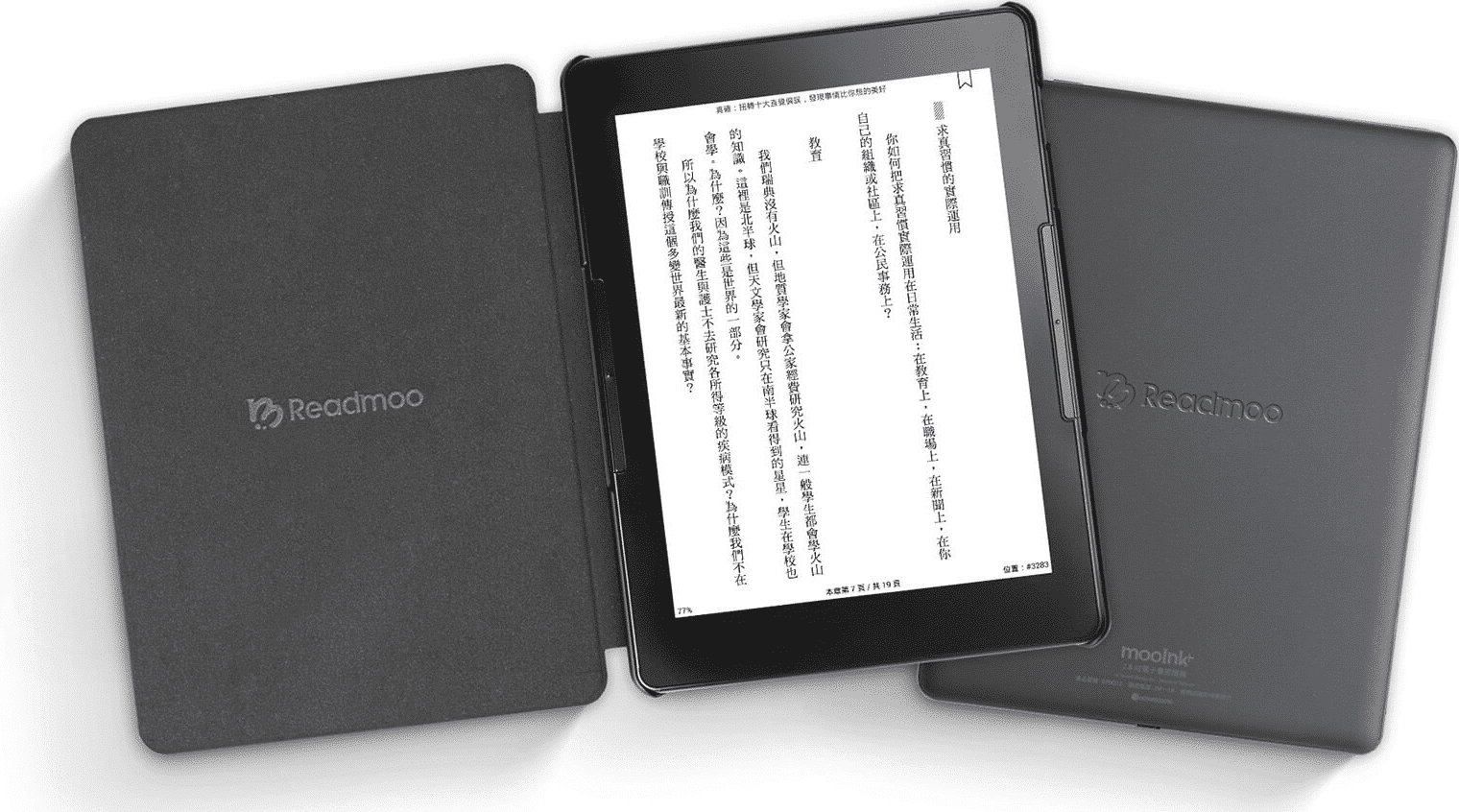 Last September Readmoo launched the Mooink Plus in Taiwan. The hardware was designed by the South Korean company Ridibooks and Readmoo developed the software and integrated their own digital bookstore, which has thousands of ebooks, manga and newspapers.

The Readmoo Plus features a 7.8 inch E Ink Carta display with a resolution of 1404 x 1872 and 300 PPI. It is powered by a Freescale  i.MX6 1GHz processor and has 1GB of RAM. The device has 8GB of internal storage and an SD card capable of an additional 32GB. You will be able to read at night via the front-lit display and it also has a color temperature system that makes the screen go various degrees of orange.

I like the fact this device has manual page turn buttons, some users like this analog approach, instead of exclusively relying on the touchscreen, which this model has.

The Mooink Plus is basically just sold in Taiwan, but there are no English unboxings or reviews, so Good e-Reader got our hands on one, to give you a sense on what this brings to the table. Obviously there are thousands of expats living in different countries and might want to buy this ebook reader.