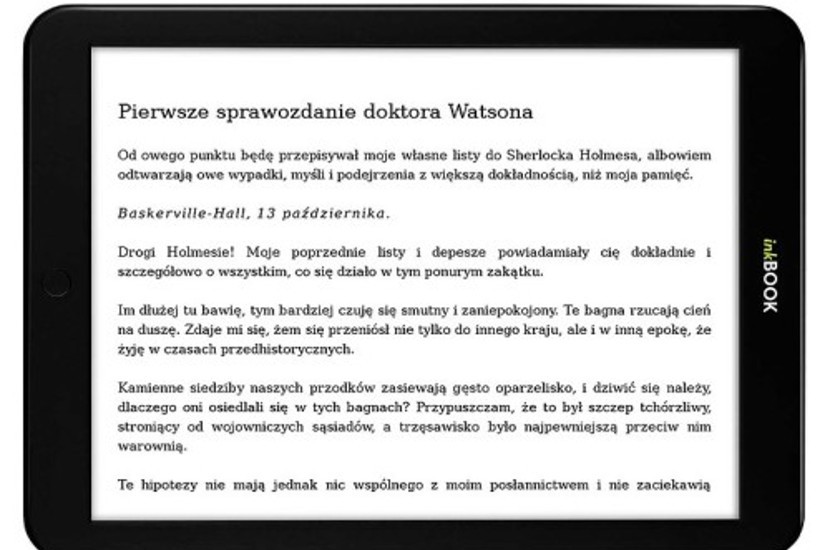 ArtaTech has been releasing e-readers in Europe for a number of years and generally their build quality if very high. The company has taken the unique step of fully supporting Sony DRM in the InkBook Classic 2 and InkBook Prime.

Adobe Digital Editions is the current industry standard when it comes to eBooks having a layer of security to curb piracy. If you purchase a digital title from one store and want to load it onto your favorite e-reader or tablet you have to download and install the ADE Software, make an account and enter your credit card details. This software is also required for people who borrow eBooks from the library and aren’t using an official app from 3M, Baker & Taylor or Overdrive.

The  Sony encryption system has been a product of three years of development at Sony DADC. This is a Sony subsidiary that primarily focuses on the development of storage media (CDs, DVDs, Blu-Rays), but in addition offers Digital Rights Management Services.

Sony has been heavily marketing their eBook encryption system towards publishers and e-reader manufacturers. Their SDK plays nice with any 3rd party reading app on Android, iOS or Windows. It also can integrated directly into any e-reader on the market. The key selling points of the Sony DRM are; to make eBook rentals viable, to lend an eBook to a friend easier, to define a clear path of ownership, better pay per chapter (metered) support and the ability to resell a book.

In December 2016 Sony and Datalogics came to an agreement and Datalogics released a new e-reader app called Bookvia. An ArtaTech representative told Good e-Reader that “Bookvia runs on inkBOOK but as an application. We are developing something more here in Poland together with Sony – a native E Ink app, which will be a native eReader functionality to combine both (or 3, or even more): ADOBE DRM (supported today by inkBOOK), SONY URMS (also supported by inkBOOK, but there is again development ahead for multifunctionality and full use of URMS possibilities) and, by the 3rd party apps inkBOOK is able to support the private DRMS, which are eg. Nubico (Spain), Skoobe (Germany) or others.