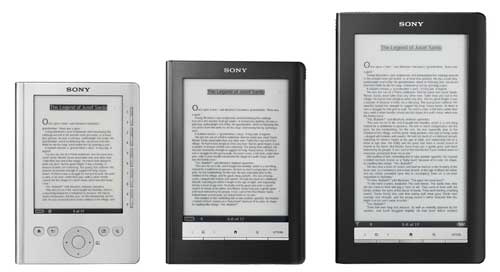 Firmware for the older generation e-Readers has been updated today by a 3rd party source. These new upgrades change a fair bit on your e-reader but do not hinder it in any way.  e-Readers that benefit from these new firmware updates is the PRS-350 Pocket Edition, PRS-650 Touch Edition and PRS-950 Daily.

The main features of the firmware allow you to access the dictionary within the book you are reading. It also allows you to manually install your own fonts! This is a great boon because you are not limited to the default fonts with the reader and can self-install any font you want. There is a simple and intuitive interface, fully functional file manager and many other features.

You can download and install the firmware updates here

This is 3rd party firmware from ebookapplications.com