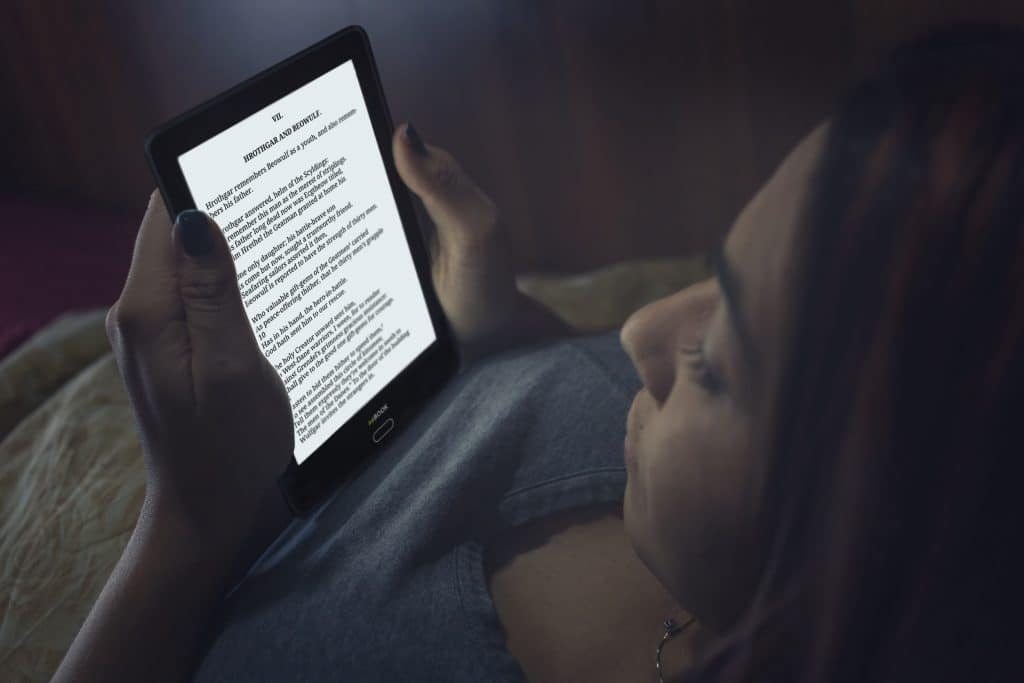 The Inkbook Prime is the most successful e-reader that Arta Tech has ever made and the company has just refreshed it with a new color temperature screen and HD resolution for 2018.  It is currently retailing for €139 on their website and is primarily competing against the Amazon Kindle Paperwhite, Nook Glowlight 3 and the Kobo Clara HD.

The Prime features a six inch capacitive touchscreen display with E Ink Carta with a resolution of 1448 x 1072 pixels and 300 dpi. The screen is flush with the bezel, which makes it easier to tap and gesture on the screen. It also helps contain the LED lights for the front-lit display and ensures that there will be no light spillage. There is a all new color temperature system in the Prime, it has blue and white lights, instead of candlelight orange, which all e-readers were using in 2017 and most of 2018.

Underneath the hood is a Quad-Core Cortex A9 up to 1.6 GHz  processor, 512MB of RAM and 8GB of storage space, with a microSD card slot for expansion. It has Wi-Fi and Bluetooth and a 2000 mAh battery, and it weighs 165 grams and measures 159 x 114 x 9 mm. This e-reader is also utilizing Android 4.2.2 and comes with the Inkbook app store, with around 16 reading apps.