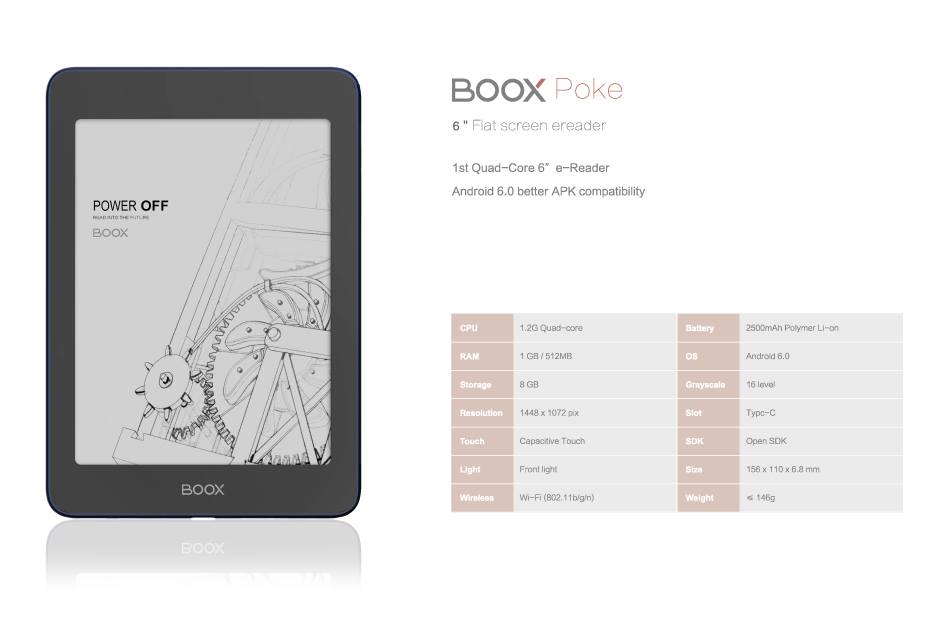 Onyx is going to be showing off a new six inch e-reader at the Hong Kong Electronics Fair called the Boox Poke. The big selling point is that it is the first six inch device that has a quad core processor and Android 6.0.

There is no details yet when this will be available or how much it will cost. It remains to be seen if people will buy this six inch e-reader despite it having a high version of Android and some solid hardware specs.