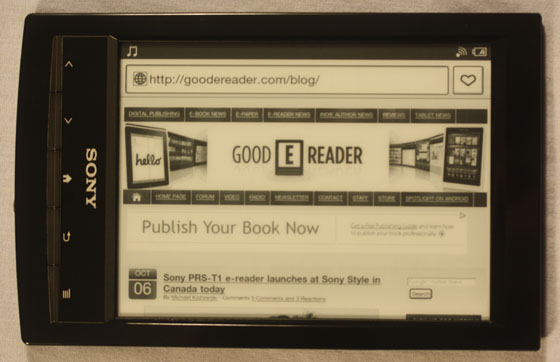 Google recently changed Google Books and integrated them into the Google Play platform. This messed up the infrastructure on the Sony PRS-T1, and now the store points to invalid links and you no longer can download free books. The message users are receiving says: “Google Books are no longer available via Reader Store.” This problem is also affecting the iRiver Story HD, which relied on Google Books as the sole means to get new content.

So who is to blame for the inability to download free books from Google Books on the Sony PRS-T1? Basically, this is all on Sony to incorporate the changing landscape of technology with their e-readers. Although Google Books is known as Google Play Books, there are ways to get it working on the device, and Sony has not bothered to do it. Google Play Books is available on the iPad and Android, but not on the flagship Sony Reader Wireless.