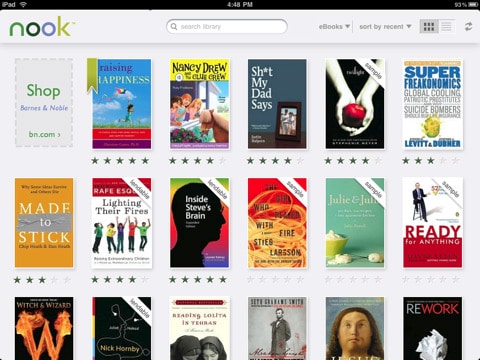 If you have an Apple iPad or iPhone you might have noticed that all your favorite e-reading apps were not updated for two weeks due to the Christmas holidays and New Years. Everyone in the app development scene is back to work and the Barnes and Noble Nook and Kobo apps have received some big updates.

Barnes & Noble updates its iOS NOOK app. This is the first update for the app since October and adds some new features including support for 3D Touch:

Kobo has issued another update for Kobo Reading App, bringing the app up to version 7.10.2.