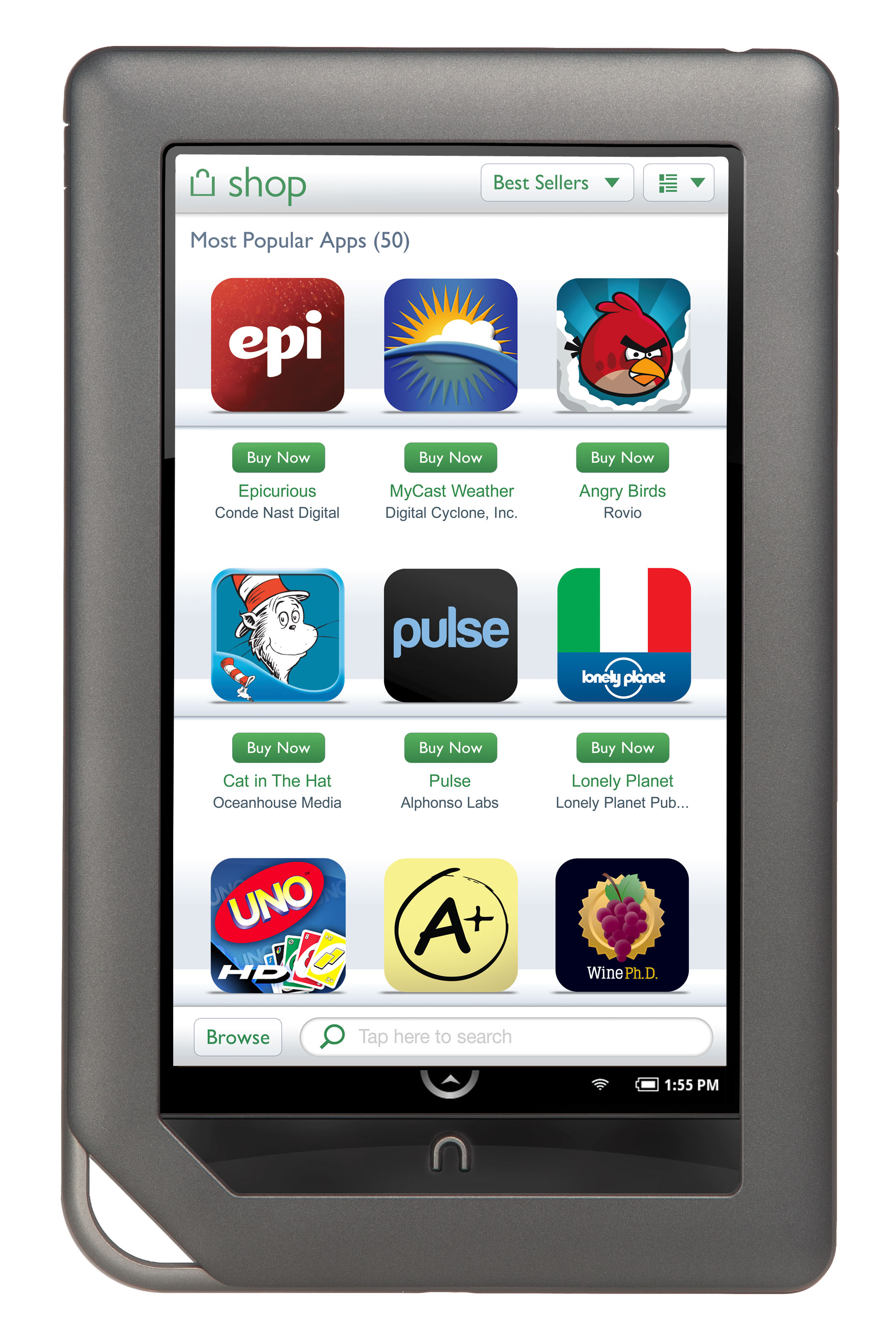 Barnes and Noble is continuing application development via its Nook Developers program. In the last few weeks many new popular applications have been launched such as; QuickOffice Pro, FriendCaster for Facebook, UrbanDaddy, more games from Concrete Software including Aces Traffic Pack, Aces Cribbage and PBA Bowling 2, FlightView Elite, RepliGo Reader, and 3001 Wisdom quotes. Recently added NOOK Apps for children include Bloki, My First Alphabet Sights & Sounds and CardDroid Math flash cards. Through the Shop area on the device, NOOK Color customers can easily explore NOOK Apps, available in categories including Play, Organize, Learn, Explore, Lifestyle, News and Kids. Approximately half of the collection available for $2.99 or less and the vast majority priced at $5.99 or less.

Nook Apps have been a resounding success so far and lets hope for more great applications to be developed soon.