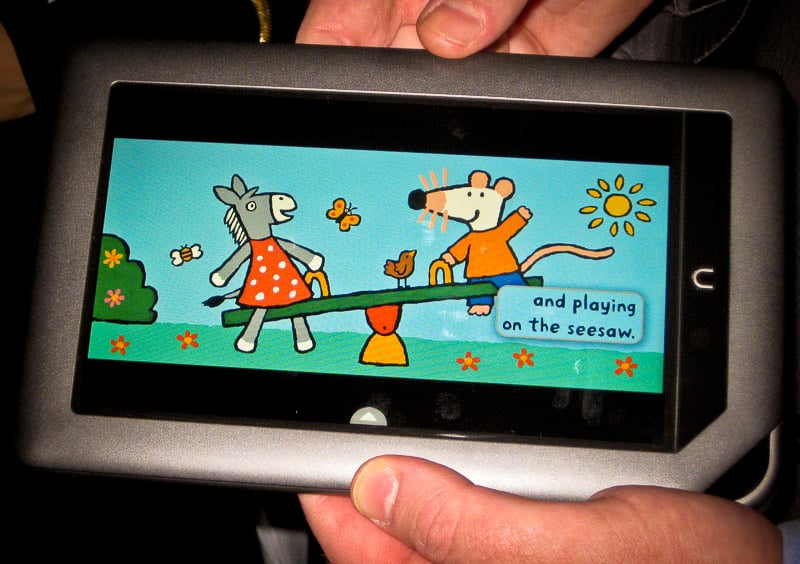 The Barnes and Noble Nook Color received a push update via WIFI in the last 24 hours that delivers minor improvements to the tablet. The main thing that was fixed had to do with deleted emails. The stock email app used to re-download emails that had been deleted has been fixed. There has been a problem in some apps with white-text on white-background menu labels, this has been fixed. Finally, there seems to be some updates to the stock on-screen keyboard.